What Does Social Connection Have to Do with Your Health? More than You Might Think

As the positive emotion study we blogged about last week was making headlines, other research was highlighting the impact of one negative emotion in particular: loneliness. 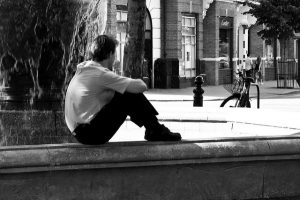 According to a presentation earlier this month at the 125th annual meeting of the American Psychological Association, “loneliness and social isolation could be greater public health hazard than obesity.”

The trend toward greater isolation came on the radar in a big way with the 2000 publication of Robert Putnam’s Bowling Alone. In it, Putnam powerfully chronicled how Americans’ social ties deteriorated through the second half of the 20th century.

Ironically, that trend has only seemed to accelerate with the advent of social media and the proliferation of smartphones. On the surface, we’re more connected than ever, but those ties tend to be quite weak.

We are social animals and need to feel that we “belong” to others and feel connected to one another. Social pain is as real a sensation for us as physical pain; researchers have shown that loneliness and rejection activates the same parts of the brain as physical pain.

As more life has moved online – shopping, entertainment, work, communication – we also may find less reason to venture out. Why take the trouble when you can get and do anything you want at home?

In this context, the latest data on social isolation are troubling but not so surprising. More than a quarter of our population lives alone. Over half the population is unmarried. People are having fewer children, overall, than ever. Over 42 million adults over the age of 45 are said to suffer chronic loneliness.

More of us are living as little islands, and the problem is only projected to grow – with serious implications for our health.

To illustrate the influence of social isolation and loneliness on the risk for premature mortality, [Dr. Julianne] Holt-Lunstad presented data from two meta-analyses [at the recent APA meeting].

The first involved 148 studies, representing more than 300,000 participants, and found that greater social connection is associated with a 50 percent reduced risk of early death.

The second study, involving 70 studies representing more than 3.4 million individuals primarily from North America but also from Europe, Asia, and Australia, examined the role that social isolation, loneliness, or living alone might have on mortality. Researchers found that all three had a significant and equal effect on the risk of premature death, one that was equal to or exceeded the effect of other well-accepted risk factors, such as obesity.

These associations are one reason why connection with others is implicit in a number of Dr. Joe’s 8 Keys to Radiant Health. Health is about more than just things like eating right and getting enough sleep and exercise. It also means bonding with others in trusting relationships, in mutual kindness and care.

“There is robust evidence that social isolation and loneliness significantly increase risk for premature mortality, and the magnitude of the risk exceeds that of many leading health indicators,” said Holt-Lunstad. “With an increasing aging population, the effect on public health is only anticipated to increase. Indeed, many nations around the world now suggest we are facing a ‘loneliness epidemic.’ The challenge we face now is what can be done about it.”

One thing is to make a good faith attempt to reconnect with the community all around us. Attend meet-ups. Take classes. Volunteer. Participate in life. Even something as seemingly minor as engaging in small talk while waiting in line somewhere can generate feelings of connection.

In this excellent TED Talk, Dr. Lissa Rankin talks further about the links between loneliness and physical health and offers some thought-provoking ideas for becoming more connected. Check it out: