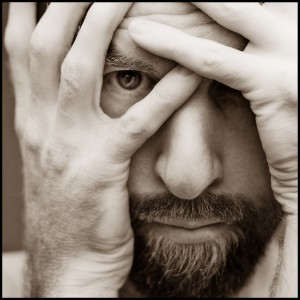 Stress is a normal part of life, and the stress response – the familiar fight-or-flight response – is an excellent survival mechanism. It’s just not so well-tuned for modern life.

The stressors we typically face are not the life-or-death struggles our distant ancestors faced. Getting stuck in rush hour traffic or having extra work piled your desk can be aggravating, but it’s a qualitatively different experience from being threatened by a wild animal, say, or violent invader.

Yet our reactions to both are still pretty much the same.

Though we often experience stress emotionally or mentally, it’s actually a physical experience. When we perceive a threat, epinephrine (a/k/a adrenaline) surges through the body, releasing stored glucose and fats to give you energy. Your heart speeds up, and the airways of your lungs widen. Your brain gets more oxygen. You become more alert. Your senses become sharper. You are ready to act.

These days, many of us live in a state of chronic stress, our bodies consistently activated in this red alert mode. Hormones and neurotransmitters remain perpetually out of balance, and this has a cascade of effects throughout the body – which in turn can contribute to more stress. It becomes a dangerous, self-perpetuating cycle.

Up to 80% of all visits to the doctor are stress-related. It’s a sad statistic – but perhaps also a reminder that mind and body are inextricably linked.

A couple of recent studies put this into stark relief.

The first looked at the relationship between stress, depression and stroke, and found that stress actually raised the risk of stroke and transient ischemic attack (TIA, a kind of “mini stroke”) by 59%. Depression raised the risk even more – 86%! While this doesn’t mean that one causes the other – correlation, as they say, does not mean causation – the findings do seem to confirm current theories. As one cardiac specialist explained to the news media,

Chronic stress has been thought to be a risk factor for stroke. In other studies, acute stress has also been found to be a trigger for stroke, that is to say that strokes occur immediately after a stressful event more often than would be expected. This study reopens a neglected field in stroke research, that is the psychological aspects of our lives, which can have a profound impact on our health.

The second study, published in mBio showed that a variety of bacteria are found in the plaque present in the arteries of the neck – the carotid arteries – and may in fact cause plaque to develop in the arteries.

You read that right. Bacteria may be responsible – in part or whole – for causing plaque to develop in the arteries. But here’s where it really gets interesting.

While the study’s main concern was with the role of infection in triggering heart attacks, the findings suggest a new and evolving theory of how heart attacks happen. The bacteria may form colonies called biofilms, which insulate themselves from antibiotics. The authors believe that a sudden increase in the level of iron can cause these biofilms to increase in size, which can shatter the plaque and cause a heart attack or stroke.

This sudden increase in the level of iron can be triggered by – you guessed it – a sudden stressful event.

“This is a big hypothesis,” they add, “and the present study tested only part of it…. The results so far support the bigger hypothesis.”

It’s also a big motivation to find positive ways of coping with the stressors in our lives. There’s no escaping stress, but there are plenty of ways to escape the damage it can do when we ignore it or only react instead of act. Relaxation practices, mindfulness practice and healthful habits such as good nutrition and sufficient sleep can go a long way toward helping you do the later.

Check out PsychCentral’s 20 Tips to Tame Your Stress