The Quest for Relief from Chronic Pain 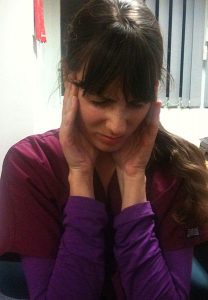 Depending on who and how you ask, anywhere from 50 to 100 million Americans suffer from chronic pain. Yet most doctors are woefully undertrained in treating the problem. One 2013 survey of 117 medical schools in the US and Canada found that just 4 offered a required course on pain management. A slightly earlier study “found that during four years of training, a typical U.S. medical student spends only nine hours learning about pain.”

Consequently, prescribing for the pain has become the norm.

The problem has been building since the 1990s when a shift occurred in pain management. While traditionally medical professionals avoided opioids for any pain treatment, many doctors began using these medications a quick solution to a patient’s pain.

“There was an entire movement and I was being told that we had an unrecognized epidemic of pain in America,” Dr. Joseph Zebley told PBS NewsHour. “I think I, like many others, were fooled into at least partially believing that and starting to write prescriptions more liberally.”

And that’s not even considering other types of drugs that may be used for pain. We use plenty of over-the-counter painkillers, as well, which – like all drugs – carry their own risks.

Regardless, the emphasis seems to be mainly on pain “management” – a word which implies that the pain can never be “cured” or fully resolved; that it will always be there, no matter what. That notion may be a factor in the push by some to classify chronic pain as a disease in and of itself, despite the fact that, as one 2013 paper in Pain Medicine put it, “the proposition…cannot be supported on clinical and pathological grounds, as well as in terms of ways of knowing.”

Pain is a symptom – a signal from the body that something is wrong. To simply medicate it into submission brings temporary relief, to be sure. But it does nothing to address the root cause and nothing to bring relief on a long-term basis.

Yet there are therapies that may, such as Prolozone.

This therapy brings together concepts from neural therapy (procaine injections to stimulate healing), Prolotherapy (injections to trigger inflammation that creates healing), and ozone therapy, which we’ve talked about here before. According to Dr. Frank Shallenberger, who developed the therapy, that super-powered oxygen is the key to spurring regeneration of damaged joints, ligaments, tendons, and other tissues,

Any area of pain and injury is begging for oxygen. That’s because oxygen is the most critical nutrient for energy production and healing. Without it, cells simply cannot repair. They might languish in an injured state for years, or eventually die. The oxygen alone can get the cells going. It stimulates them to excrete waste material, and promotes their ability to repair themselves and the tissues around them.

Prolozone works by providing energy-producing oxygen to the innermost parts of your joint. This is where ozone, which I call the miracle healer, does its magic. Ozone is a powerful stimulant of cellular growth factors, such as Transforming Growth Factor Beta (TGF-B). This powerful cytokine activates cartilage cells to produce matrix proteins necessary for the body to make the white cartilage substance.

In addition to ozone, Prolozone injections include other components to facilitate healing.

What’s more, the relief is near immediate, with patients typically reporting an immediate pain reduction of up to 80%. While some of this is due to the procaine – a local anesthetic – the relief persists beyond the anesthetic effects. Through a series of follow-up treatments, relief can be long-lasting indeed.

To learn more about Prolozone therapy and read some inspiring case studies, be sure to check out Dr. Shallenberger’s paper in the Journal of Prolotherapy, as well as Dr. Rowen’s blog post on Prolozone for pain relief.