Is Fulvic Acid Just the Latest Trendy Supplement or Is There More to It Than That?

When it comes to Radiant Health, supplements are such a valuable tool, but there are a lot to choose from. To top it off, some supplements become super trendy for a while only to fade from view when reality doesn’t seem to match the hype.

A recent article over at Longevity explores the question of whether one of those getting a lot of buzz now stacks up. The title puts it starkly: “Is Fulvic Acid a Health Fad or Wellness Wonder?”

Just What Is Fulvic Acid Anyway? 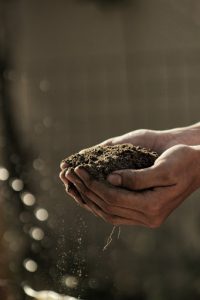 Fulvic acids are part of the group of organic acids that make up humus – basically, a key component of the stuff you wind up with after your compost pile is finally done composting.

These acids are found in a wide range of organic root and bulb vegetables, as well as seaweed and blackstrap molasses.

In general, the healthier the soil, the higher the fulvic acid content. However, conventional farming with pesticides and herbicides kills soil bacteria and wipes out fulvic acid, so if you want to get it in your food, you have to stick with organic.

What Is Fulvic Acid Good For?

Supplementing with fulvic acid has a long history in traditional medicine, with a wide variety of applications. They’re credited with ridding your body of toxins, boosting your immune system, and contributing to improved digestive health. Fulvic acid also was historically used topically, to treat wounds and skin conditions, including eczema and poison ivy. 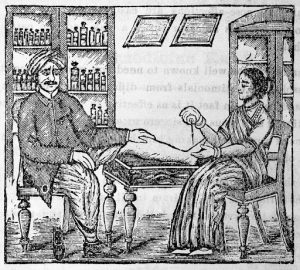 For thousands of years, Ayurvedic medicine has utilized shilajit, a sticky, tar-like substance that’s rich in fulvic acid. Because one of its uses was for the treatment of inflammatory conditions, last year, scientists at the University of British Columbia investigated the impact of fulvic acid as a treatment for type 2 diabetes.

The results were promising, to say the least.

FvA [fulvic acid] is shown to decrease proinflammatory markers but also activate the immune system to kill bacteria. It is shown to reduce oxidative stress and even induce apoptosis in hepatic cancer lines. FvA is shown to also influence the microbiome and possibly improve gut function….

The potential for FvA to be a candidate in preventing inflammatory diseases like diabetes arises. This is promising as our current approach to these kinds of diseases is lacking.

Other research has found that it may be helpful in protecting against cognitive decline. As one review of the literature put it, fulvic acid may well be “a potent and very safe dietary supplement, restoring the energetic balance and potentially able to prevent several diseases.”

This all sounds quite promising, more than the stuff of a mere fad.

But it’s also something you don’t want to just add to your routine without first checking in with your personal integrative physician, especially if you’re already supplementing, using herbal remedies, or taking pharmaceutical drugs. Fulvic acid may have negative interactions with a wide range of other medicines, natural and conventional alike, including blood thinners, thyroid, and immunosuppressants. 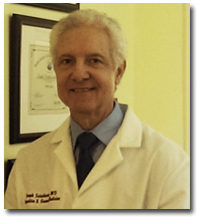 Consulting with your doctor before starting fulvic acid – or any other supplements – is your best insurance against a bad experience with it.

We can also help guide you toward good quality supplements. After all, not all supplements are created equal. For instance, sellers of fulvic acid-infused water may say only that the drinks contain “fulvic minerals.” This is a really vague term. While it can apply to beneficial minerals, it can also refer to aluminum, silicon, arsenic, and lead.

Used in the right way, fulvic acid may be beneficial, and as more research is done, the picture should get clearer. For now, if it’s something you’ve been thinking of trying, we suggest a personal consultation with Dr. Joe – or your local integrative physician or naturopath, if you live outside the Los Angeles area – to make sure it’s the right thing to do and, if it is, that you do it in a way that will help you on your path towards Radiant Health.