Do Any Herbal Medicines Help with Lyme Disease?

While traditional antibiotic approaches work well for many people with Lyme disease, up to 20% have symptoms that persist after treatment.

But although chronic Lyme – also known as post-treatment Lyme disease syndrome (PLTDS) – can seem mysterious (even unreal) in the world of orthodox medicine, integrative medicine offers a variety of therapies that have proven helpful.

One of these is herbal medicine, which was the focus of an interesting study published earlier this year in Frontiers in Medicine. 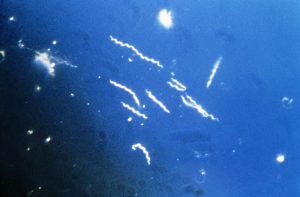 But 7 botanicals did kill B. burgdorferi, at least in test tubes:

In fact, cryptolepis – an herb commonly used to treat malaria – eradicated B. burgdorferi completely, both in the bacterium’s growing and non-growing phases. Polygonum proved effective in both phases, as well.

And all 7 of those extracts were more effective against the stationary phase B. burgdorferi culture than doxycycline and cefuroxime, two antibiotics which are commonly used to treat Lyme disease and served as controls in the study.

Of course, some important caveats need to be made about this study.

For one, the effects happened in test tubes, not human beings. In humans, there are countless variables that can affect their action. So further studies are needed to see if the same thing happens in a living body – even as we have seen two of those botanicals (cryptolepis and artemisia) prove very helpful for Lyme patients who have visited our West LA office, seeking Dr. Joe’s expertise.

More, these botanicals can have significant side effects. They should only be taken under the guidance of a physician who understands both herbal medicine and your own unique health situation. It can be dangerous to take them on your own, hoping they might work where nothing else has.

Instead, consult with an integrative physician who is expert in both chronic Lyme/PLTDS and natural, integrative treatment approaches. Together, you can work up a treatment plan that makes sense for delivering the improvement you seek.