Ozone for Herpes? High-Dose C? What the Science Has to Say

We’ve been getting a lot of questions about herpes lately, zoster (chicken pox, shingles) and simplex (oral herpes, genital herpes) alike. Would high-dose vitamin C help? What about ozone? 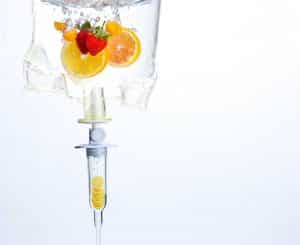 While much research remains to be done, there’s certainly some evidence supporting both of these safe and natural treatments. Case studies such as this one, for instance, suggest that high-dose C may be effective against the severe pain that accompanies the classic rash.

A case history reported in the Korean Journal of Pain actually showed an immediate drop in pain score – from 7 to just 2 points – after a patient was given a 4g dose of C after a stellate ganglion block had failed to reduce her pain. The treatment was repeated with varying results for the next few days. By the fifth day, her pain score dropped from 4 to zero and maintained at 0-1 thereafter, at which point she was taken off her pain medication.

Vitamin C, of course, is well-known for its antiviral and antiinflammatory properties. The authors of the above study note, in particular, its effect on reactive oxygen species (ROS) – free radicals that do damage when they build up in a body’s cells.

ROS have been suggested to contribute to the development and maintenance of neuropathic pain that can be relieved by systemic injection of ROS scavengers. Therefore, an ROS scavenger such as vitamin C is suggested to be neuroprotective by scavenging excess ROS. Vitamin C is an extracellular and intracellular antioxidant but also a major antioxidant in [cerebrospinal fluid], and its effect is concentration dependent. Recently, previous reports showed that short-term intravenous administration of high-doses of vitamin C helped to reduce the pain in patients with [post-herpetic neuralgia] and to treat patients with [herpes zoster].

Some studies have also confirmed a role for vitamin C in treating herpes zoster. One of the most recent involved 200 patients, 100 of whom were given 1500 mg of vitamin C along with standard care. Those who got the C healed faster and experienced less pain. However, other studies have found only that it may only reduce postherpetic neuralgia.

There seem to be fewer studies on vitamin C for herpes simplex, but the evidence that does exist is compelling. For instance, in one small, double-blinded trial,

patients with Herpes simplex outbreaks received 200 mg ascorbic acid and 200 mg water-soluble flavonoids (apparently from citrus) three times daily for three days or a placebo. Randomization was not specified. The mean time until remission of symptoms was 57-percent shorter in the active-treatment group than in the placebo group (4.2 versus 9.7 days; p<0.01). 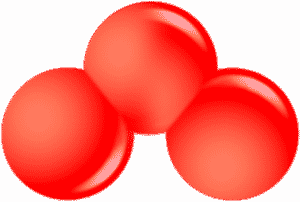 Similarly, most research on ozone for herpes seems to be focused more on zoster, although we do know of one study from the 1980s that included both patients with zoster and patients with simplex. All were given daily ozone injections until healing occurred. For zoster patients, that was anywhere from 5 to 12 days, while for simplex patients, healing was observed after 1 to 5 injections. In all cases, early treatment generally meant better results.

More recently, a study of topical ozone found significant improvement within a week when combined with antiviral medication. Compared with patients who received only standard treatment, patients who got ozone had lower pain scores, as well. More,

The clinical efficacy was 100% in the ozone group and 86.7% in the control group, with significant difference between the 2 groups.

Conclusion: Topical ozone therapy in patients with herpes zoster is helpful in relieving pain, shortening the course as well as improving the clinical efficacy without obvious adverse reactions. It is worth[while for it] to be popularized.

Another paper documented the effectiveness of ozonated oil in a patient with zoster. The case report noted that no medications were used, only ozonated oil given both orally and topically. “The administration of ozone,” noted the authors,

seems to accelerate the healing of cutaneous lesions, limiting the severity and acute pain. During the therapeutic intervention a pigmentation alteration (post-inflammatory) was observed along the affected [area of her skin]. Since ozone promotes the oxidation of viral components, a favorable therapeutic result was obtained by oral administration of ampules, without resorting to an invasive procedure – injection of an ozone-oxygen mixture.

Yet another study, published a few years back in the Shanghai Journal of Acupuncture and Moxibustion, found that combining ozone with acupuncture may also be quite effective for treating acute herpetic pain. The success rate for patients who received the combo was 96.7%. For those who received just conventional therapy, it was only 83.3%.

We would love to see much more research done on both of these potentially helpful natural therapies, to flesh out years of clinical observations of their effectiveness. There’s certainly a lot of promise!