But they’re a little late to the party – and a little weak on the caffeine, if “energy” is what you’re selling. Other brands have more – in some cases, far more – or if they don’t, they load their product with other ingredients and wrap it in a whole lot of cutting edge hype.

NeuroGum’s™ proprietary blend of natural green tea caffeine + L-theanine and brain-activating B-vitamins gives you the focus, clarity, and lasting energy to take on the world. Through a patented cold-compressed formulation, our energy gum works five times faster than energy drinks without the unhealthy ingredients or unwanted side-effects. 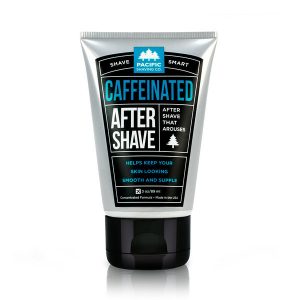 And lest you think it turns up only in food, you can now buy products you might never dream you’d find caffeine in: toothpaste, aftershave, vape.

Then there are those who reach for pure caffeine powder or liquid caffeine to spike their own stuff with – and risk getting dangerously high amounts of this drug into their system.

For caffeine is a drug – one so common you might not even think of it as a drug, at least not until you try to quit it and feel those shaky, cranky symptoms of withdrawal.

But the bigger issue is with relying on something like caffeine for “energy.” Yes, it can give a temporary boost, but then it’s gone. If you want to sustain it, you need to keep consuming it in greater quantities to get the same buzz you started with. Overuse can also lead to some unpleasant side effects, including chronic insomnia, anxiety, increased heart rate, and stomach issues.

It’s interesting to note that the current obsession with caffeination seems to have risen along with the cultural transformation towards constant connectedness, where it’s all too easy to give into the pressure to be always “on” and available, whether for work, say, or just keeping up with the never-ending buzz of social media. Energy drinks and other caffeinated stimulants offered a quick solution to the physical and mental demands of this changed environment.

Yet just because it’s a quick solution doesn’t mean it’s the only solution.

In fact, other solutions offer the promise of more sustained energy. The first step is to identify the causes of your lack of energy. Do you just need to create more boundaries between life and work, real life and virtual (online) life, so you have real opportunities for downtime to relax and rejuvenate? Or are there physical issues that need to be addressed, such as nutritional shortcomings, hormone imbalances, hidden infections, or other stressors?

These are the kinds of things Dr. Joe can explore with you to get at the root causes and then work with you to identify ways of addressing those causes, restoring your energy naturally. Complementary therapies such as ozone or some nutritional IVs or injections may provide a boost; likewise, there are botanicals (here are a few options, for instance) that can help restore energy.

But getting to the root is the best path for long-term success.