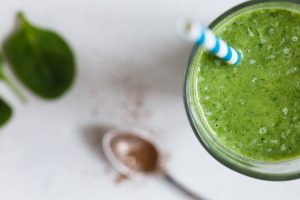 It’s a little weird and annoying when a “debunking” article is laced with some bunk.

Case in point? A recent article in the New York Times, its headline declaring that “Fancy Juice Doesn’t Cleanse the Body of Toxins.”

Now, we’ll get to the business of juicing in a moment. Let’s first take a look at what it has to say about detox.

“People are interested in this so-called detoxification, but when I ask them what they are trying to get rid of, they aren’t really sure,” said Dr. James H. Grendell, the chief of the division of gastroenterology, hepatology and nutrition at Winthrop-University Hospital in Mineola, N.Y. “I’ve yet to find someone who has specified a toxin they were hoping to be spared.”

Toxins exist. Doctors typically define them as something that enters the body that has a damaging effect on its own — like pesticides, lead or antifreeze — or in large quantities, like alcohol or medications such as acetaminophen, the active ingredient in Tylenol.

But for the most part, the body handles toxins just fine on its own.

Well, yes. But it can only do so much. And never in the history of humankind has it been exposed to so many synthetic chemicals and other pollutants so constantly. The simple act of living exposes you to many hundreds of substances – in the air you breathe, in the food you eat, in the products you use – that our ancestors never had to cope with.

Today’s exposure began when compounds in your shampoo and shaving cream seeped into your skin cells, and during your morning coffee, when you drank chemicals that were released into your brew as hot water ran against the plastic walls of your coffeemaker. It continued all day as you touched industrial chemicals in packaging, or walked through pesticide-sprayed lawns, or cooked dinner on nonstick pans. This very minute, your skin is probably touching a piece of clothing or furniture that was doused in protective chemicals to make it resistant to microbes, fungus or water. Tonight, there’s a good chance you’ll curl up in sheets treated with flame retardants.

Most of these chemicals have never been tested for safety – not singly and certainly not in the combinations that we get them in today. “What little we know,” says Leo Trasande, director of the Mt. Sinai Center for Children’s Environmental Health and Disease Prevention Research in New York and a lead investigator on the federally funded National Children’s Study, “suggests cause for concern. And equally concerning is what we don’t know.”

Yes, the body is totally capable of removing toxins – but not when it’s overwhelmed by them.

Think of a sieve. Liquid passes through a sieve easily – unless it’s overfilled (made to do too much) or its holes get clogged (has done too much). It doesn’t work so well then. Likewise, the overburdened body.

In that case, we have to help it along, support its ability to do the work it was designed to do. This is why regular detox is a good idea for most all of us – to counteract the overload of pollutants our bodies are now charged with excreting.

So contrary to the good doctor quoted by the Times, yes, the toxins are known; yes, detox matters.

As for juicing, the article’s larger point is valid: Juicing isn’t a silver bullet. As integrative physician and juicing advocate Dr. Woodson Merrell told the Times, in general, cleansing “has been so overly hyped. Lots of people making wild claims of things.”

But that doesn’t mean juice isn’t without its benefits – particularly vegetable juices (vs. fruit juices, which are tasty but also concentrated sugar). For instance, going on a juice fast – especially when you do your own juicing using solely organic produce – necessarily means you avoid foods with synthetic chemical additives and high pesticide residues.

Not putting more toxins into the body gives your body the chance to get rid of more of what’s already built up inside it.

Veggie juices also increase your intake of vitamins, minerals, and important phytochemicals that have been shown to have a protective effect on health and support your body’s resilience, its immune and excretory systems. Nutritionally, they support your body’s natural ability to detox.

But it’s only part of that support. The essentials include self-care, exercise, a longevity diet, sleep, stress reduction, supplementation, a variety of IV drip therapies, and gratitude/service to others.

Creating and sustaining Radiant Health is a holistic and comprehensive pursuit – creating a healthy way of life to sustain a healthy you.