From the Archives: Enhancing Health with IV Therapies 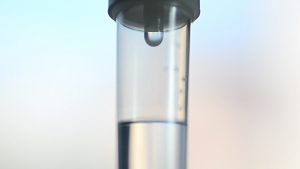 When it comes to taking a proactive, preventive approach to health, avoiding the bad is just one half of the equation. The other, of course, is embracing the good – giving your body, mind, and spirit what they need to function optimally.

For your body is a self-regulating organism, designed to protect and sustain itself. The choice we make through our actions each day: Support its inherent abilities or get in its way.

One excellent way of supporting it is through IV therapies such as chelation. But that’s just one type among many, designed specifically to remove heavy metals such as lead, mercury, and cadmium. There are lots of other options available, either as part of treatment for a specific chronic health condition or as a means of sustaining or even improving your current level of health.

Let’s take a quick look at some of the options available.

Vitamin C + minerals
C is one of the most important nutrients we need. For one, it’s a major antioxidant, stabilizing free radicals and keeping them from destroying other cells in your body. It’s a major immune booster and anti-inflammatory. It’s also an important precursor to collagen, the stuff from which bone, skin, blood vessels, and other tissues are made. A C drip may be provided in low, medium, or ultra-high dosing.

Myers’ Cocktail
Originally developed in the 1970s by Maryland physician Dr. John Myers, this “cocktail” contains B vitamins, magnesium, calcium, and vitamin C. It’s been used to treat conditions as varied as hypertension, fibromyalgia, chronic fatigue, and infections, and may also be used as a part of hormone therapy. For general health, it appears to boost energy and support healthy cellular function.

Glutathione
Glutathione is known as the master antioxidant for its ability to help the body produce and recycle other antioxidants. This makes it great for detox, as well as anti-aging therapies. Dr. Mark Hyman, perhaps the glutathione’s greatest champion, has referred to it “the secret to prevent aging, cancer, heart disease, dementia and more, and necessary to treat everything from autism to Alzheimer’s disease.” It’s an immunity booster and anti-inflammatory.

Phosphatidylcholine
Phosphatidylcholine drips are another great tool in the anti-aging toolkit. This compound is a phospholipid – a type of fat cell that’s a major component in the membranes of your cells. It’s also a key nutrient in the detox function of your liver – the main detox organ in your body. Most of us can benefit from regular liver support, to keep it able to do what it does best: process food effectively and filter toxins

Hydrogen Peroxide
IV peroxide is fantastic for treating acute infections. The reported success rate is 75-85%, with none of the toxicity associated with antibiotic drugs. H2O2 drips have also been shown to support heart health, as it’s able to dissolve the cholesterol and calcium deposits that can accumulate in the arteries. This makes it a great complement to EDTA chelation.

Ozone
As we’ve mentioned before, ozone is extremely effective against bacteria, viruses, fungi, and other pathogens. It helps regulate the immune system and stimulate oxygen intake. It improves circulation, increases antioxidant protection, and stimulates mitochondrial energy production. For drip therapy, we just take a small sample of your blood, infuse it with ozone, then slowly return the blood to your body.

This is hardly an exhaustive list – just some of the drip therapies that are most popular in our West LA clinic, both among those seeking healing from chronic illness and those striving to become “better than well” – naturally. No one option is right for everyone at every time. Always, we’ve got to look at the big picture – your current health, your desired health, your priorities.

With that picture in mind, we can focus on the options that are most right for you, where you are, right now.