From the Archives: Dosing Up on Vitamin C 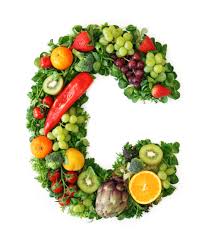 Most animals can make their own vitamin C. We humans can’t. We’ve got to get it through the food we eat or supplementation.

And it may be able to help with a variety of health conditions – far more than just the common cold, too.

For instance, a 2017 study in BMC Cardiovascular Disorders looked at the effect of C on atrial fibrillation (AF) – a common disturbance in heart rhythms – after heart surgery. Analyzing data from 15 previous studies, the authors found that taking C orally after surgery decreased AF by a whopping 73%, while C delivered intravenously reduced it by 36%. It also appeared to shorten a patient’s time in the hospital – by 7% with oral dosing and 16% with IV.

Interestingly, however, these benefits showed only in studies conducted outside the US, and far less wealthy nations, at that.

Although methodological variations may explain some of the differences, it is also likely that there are genuine differences between many treatment effects between substantially different cultures. Wealth is strongly correlated with life-style factors including nutrition, and with differences in hospital treatments. Such differences might explain the divergence between the results in the 5 US and the 5 Iran POAF trials. 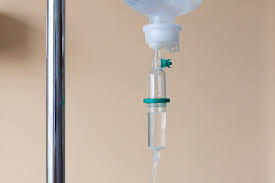 Another 2016 study focused on the use of intravenous high dose C in particular. (The use of IV is key since the body can only absorb a fraction of a high dose taken by mouth. This isn’t the case with IV.) Through this small but intriguing trial, the authors found that high dose C reduced a variety of inflammatory markers in subjects with metabolic syndrome. This condition – marked by high blood pressure, high blood sugar, excess belly fat, and abnormal cholesterol levels – indicates a higher risk of heart disease and stroke.

Yet IV high dose C, this study suggests, may protect against this all too common condition.

More recently, research in Redox Biology casts light on how ultra-high doses of C may actually kill cancer cells. The study builds on earlier work which “found that at these extremely high levels (in the millimolar range), vitamin C selectively kills cancer cells but not normal cells both in the test tube and in mice.”

“In this paper we demonstrate that cancer cells are much less efficient in removing hydrogen peroxide than normal cells. Thus, cancer cells are much more prone to damage and death from a high amount of hydrogen peroxide,” says [Garry] Buettner, a professor of radiation oncology and a member of Holden Comprehensive Cancer Center at the University of Iowa. “This explains how the very, very high levels of vitamin C used in our clinical trials do not affect normal tissue, but can be damaging to tumor tissue.”

And IV C is just one of the options among a wide variety of IV therapies that can be health-enhancing – either as part of treatment for a specific health condition or just to sustain or improve your current level of health. Check out our previous post to learn more about these therapies.