When Medical Issues Have a Psychological Component 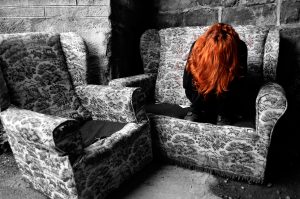 Think about a time when you were really stressed out – the tangle of anxiety, anger, fatigue. Maybe your stomach hurt or you got a headache or back pain set in. Maybe your chest felt tight.

In fact, many medical problems can have psychological symptoms. One 2015 paper in the Psychiatric Times lists dozens of illnesses that can present as anxiety, along with 30 types of medication that can cause anxiety.

A JAMA study published just this past week found that 37.2% of US adults use medications that can cause depression. These include painkillers, proton pump inhibitors, beta blockers, anticonvulsants, anti-anxiety drugs, and more.

The depressed patient may have an under active thyroid gland. The patient with panic attacks may have a pheochromocytoma, a tumor that secretes epinephrine. And the patient, whose personality change and increased irritability is thought to be caused by his marital problems, may actually have a brain tumor causing the personality changes and exacerbating longstanding marital issues.

Maybe the most common example of a medical issue appearing psychological is mercury or other heavy metal toxicity, famously embodied in the character of the Mad Hatter. Back in the 18th and 19th centuries, the felt used in making hats was treated with mercury, and long-term exposure caused symptoms ranging from tremors to seizures and even hallucinations.

Another common denominator is chronic inflammation. One recent paper found that even after controlling for a wealth of lifestyle factors, there was a persistent link between psoriasis – an autoimmune condition – and depression. Those who were depressed also ran a higher risk of developing psoriatic arthritis. As Time reported,

This suggests that the depression itself, or the root cause behind the depression, has a direct influence on the development of psoriatic arthritis.

That makes sense, since psoriatic arthritis is triggered by inflammation in the body, says [Dr. David ] Gitlin (who was not involved in the study). Research over the last 20 to 30 years has shown that inflammatory processes can drive the development of depression, he says. “We now know that those processes are likely similar to those that drive some physical illnesses, as well.”

When physical illness presents with mental health challenges, treating the root of the latter can help with the former. But it’s important to remember that although the psychological effects may be part of the systemic illness you are addressing, what they bring forth is real, legitimate, and worth working through. Physical detox, for instance, can waken memories of trauma that can be quite troubling or overwhelming.

This is why it’s so crucial to have psychological support for that part of your experience – family and friends, of course, to offer comfort, but also a counselor or other psychological professional who can work in tandem with your physician to help you work through the issues that come up, regain emotional balance, and grow through your experience.

It’s something Dr. Joe recommends, in fact, so the emotional aspects of healing can be dealt with in a deep and meaningful way, even as he focuses on addressing the physical issues on the road to Radiant Health.