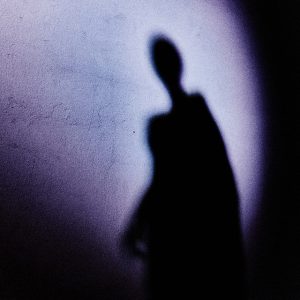 More women than ever are getting mastectomies.

That’s the word from the latest report from the U.S. Agency for Healthcare Research and Quality. And there’s been an especially big increase in double mastectomies. In fact, the rate “more than tripled: from nine to 30 per 100,000 women.”

Not all of them even had cancer. The number of women opting for so-called “preventive” double mastectomies “more than doubled, from two to more than four per 100,000 women, the report found.”

Yet as a paper published last month in JAMA noted, there’s not a lot of evidence that it helps lower risk. Yes, some research has suggested that it may help women with the BRCA1 or 2 gene mutation. But one small, unrandomized study can’t tell us anything definitive.

And, of course, the findings only apply to those women with the gene mutation – .2% of all women. That means a lot of women without it are still opting for the surgery. And “preventive” double mastectomy, according to the JAMA paper,

does not have a demonstrated survival benefit for women without a BRCA gene mutation. An analysis of 189 734 patients with breast cancer in California determined there was no statistical difference in the 10-year overall survival rate between women who had breast-conserving surgery (83.2%) and radiation and those who had a bilateral mastectomy (81.2%) (Kurian AW et al. JAMA. 2014;312[9]:902-914). Women who underwent a unilateral mastectomy had a slightly lower 10-year survival rate,79.9%, but because lower-income women were more likely to have a unilateral mastectomy, the researchers noted that the slightly reduced survival rate could be due to treatment disparities.

“They have families, they are young, they are frightened,” Steiner said.

And then there’s the celebrity effect. As the author of a recent study on media coverage of double mastectomies put it,

“People underestimate the impact of celebrity news reports on medical knowledge. It’s naïve to think this is not a source from where we get our medical information….

“Much more often, patients are not coming in asking what their options are for treatment. They are coming in saying they want a bilateral mastectomy. Patients are increasingly using outside sources of information, such as the internet, and coming to their own conclusion,” he says.

Those are all powerful drivers – along with an emerging emphasis on the potentially better aesthetics from removing and replacing both breasts versus having one natural breast and one reconstructed.

And just how “preventive” is double mastectomy really? At best, according to Dr. Lisa Newman of the University of Michigan Breast Care Center, it may lower “the risk of a breast cancer patient developing a completely new breast cancer” but not the risk of the original cancer spreading.

And since tiny bits of breast tissue can remain in the chest after surgery, a woman who has had a double mastectomy can still get breast cancer again.

It’s also important to remember that every surgery brings its own risks, including medical error. As a well-publicized study in the BMJ recently showed, medical error alone may cause over a quarter of a million deaths every year. That would make it the third leading cause of death in the US.

Considering that anywhere from 70 to 90% of all cancers are caused by lifestyle and environmental factors, the truly preventive act would be to avoid, remove or successfully counter those risks – to actually confront real causes.

Even genes are not destiny. They’re potential. Something needs to trigger them before they express their traits.

So let’s do what we can to avoid the triggers.

That’s at the heart of what Radiant Health is all about: true prevention, keeping problems from arising in the first place by making the healthiest choices possible for body, mind, and spirit. It’s eating right. It’s moving more. It’s sleeping enough. It’s practicing gratitude. It’s managing stress. It’s giving to and connecting with others.

It’s treating the body as friend, not enemy or betrayer. It’s supporting the body, not mutilating it in the hope of ducking the cancer gods.

And should illness arise, it’s about nurturing the body and giving it what it needs to heal.