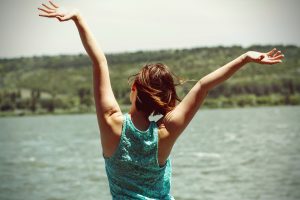 A lot of the chronic diseases we see most often these days have some things in common. For instance, they’re largely driven by lifestyle. They’re also marked by chronic inflammation.

So it follows, then, that one of the best, most productive actions we can take to prevent or possibly reverse such illness is to make lifestyle changes that help reduce inflammation.

But those mainly focus on the body’s role. What about the mind?

Positive emotion plays a role, too. And according to new research in the journal Emotion, experiencing a wide range of positive emotions may reduce chronic inflammation.

For the study, 175 middle aged adults were instructed to keep a diary of their positive and negative emotions for one month.

Each evening, they rated the extent to which they had experienced 16 positive emotions that day, from interested and determined to happy, excited, amused, inspired, alert, active and strong. They were also asked to rate their experience of 16 negative emotions, including scared, afraid, upset, distressed, jittery, nervous and ashamed. Their blood was drawn six months later and was tested for three inflammation markers that circulate in the blood.

Their range of negative emotions – regardless of whether it was narrow or wide – had no effect on inflammation.

But people in the study who reported a wide range of positive emotions had lower levels of inflammation than those who said they felt a narrower range.

The study, of course, has its limitations, such as the fact that participants tended to be in good health to begin with and that the results can only indicate correlation, not causality. Even so, the results build on previous positive findings.

The lead author also suggested one intriguing possibility that you can put to work right now to help nurture more positive emotion in your world:

In other words, by paying more attention to the good feeling in our lives – in essence, being mindful of our positive states, as well as the negative – we may in effect broaden our range of feeling toward the positive.

That broadening has other effects, as well:

You’ll find some excellent tips for nurturing more positive emotions in your world here and here.