Ever since the 2004 release of Super Size Me, there’s been the occasional “debunking” story about this person or that who ate nothing but McDonald’s and still lost weight. Of course, unlike Morgan Spurlock, they strictly controlled their calorie and carbohydrate intake and exercised vigorously on a daily basis. 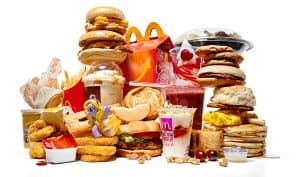 In other words, their “proof” of weight loss with McDonald’s has nothing to do with a typical McDonald’s customer’s diet and lifestyle. That couldn’t have made a difference now, could it?

And consider one of the latest fast food diet tale getting attention. In this case, a genetics professor at King’s College London recruited his 23 year old son to eat as much McDonald’s food as he wanted for a 10 day period. Before, during and after, he collected fecal samples for testing.

After sending in the samples to three different labs in order to ensure consistency, Cornell University’s microbiome test results said his gut microbes had been “devastated.” His father said they saw “massive shifts in his common microbe groups.” The gut microbes are a complex community of at least 1,000 different species of microorganisms that live in your digestive tract and are responsible for maintaining a healthy immune system, regulating digestion, and maintaining weight.

Tom lost half of his bifidobacteria (healthy bacteria designed to suppress inflammation in the digestive tract) after eating McDonald’s. His firmicutes, whose job is to extract energy from food, also became replaced with obesity-linked bacteroidetes. He lost nearly 40 percent of his total bacteria variety, and even after two weeks of recovering from the diet and returning to a healthy balanced regimen, his microbes still were unable to recover.

Now, this is hardly a formal study. There was only one test subject. Yet it confirms – and elaborates on – what we know from a diverse range of research: A fast food diet is not a healthy one.

So is it really a model we want to follow for improving health care in this country? Because we are seeing the rise of fast food medicine, its goals the same as McDonald’s. Standardize. Focus on “customer service.” Use more lower skilled workers for basic tasks. Aim for volume.

There are so many problems with this, it’s hard to know where to begin. For one, it seems blind to what people actually want from their doctors. Despite the growing desire for and emphasis on convenience, one of the biggest wants is simply for time with their doctor. These days, the average is 8 minutes.

They also want empathy, clear communication and a partnership, where they’re not bodies on an assembly line but individuals able to make informed decisions about the treatments that are best for them.

That kind of relationship is nearly impossible in a fast food model.

Standardization at its worst means conforming to rigid protocols, undeviating procedures and inflexible treatments for each and every person. While this might make good sense for things like simple infections or acute pain or trauma or critical care, in the day-to-day practice of non-emergency medicine, it doesn’t quite fly.

And that’s because chronic, ongoing and usually preventable disease is now the norm. Where the leading causes of death once included infectious diseases such as pneumonia, tuberculosis and diphtheria, almost all the big killers are now chronic conditions – things like heart disease, cancer, Alzheimer’s and stroke. We’ve also seen the rise of “enigmatic” illnesses such as fibromyalgia, chronic Lyme, chronic fatigue and various environmental illnesses.

Modern disease is complex disease. It is not linear. There is seldom if ever any single cause or single effect. In most cases, it is a complex web of factors that eventually triggers a cluster of symptoms we classify as one disease or another. The most common of these factors? Diet. Lack of physical activity. Chronic stress. Insufficient sleep and rest. Tobacco and other drug use. Environmental toxins. 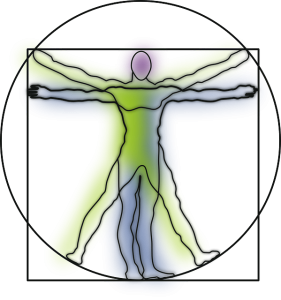 The human body is a complex system. Each of us is biochemically and bioenergetically unique. Each of us has our own particular history of injuries and illnesses and stressors. Each of us makes a unique set of lifestyle choices, some of which support good health, some of which undermine it. All these combine, too, to manifest the particulars of any illness.

Only when you are seen, understood and treated as the unique individual you are can you find the path you need to optimal wellness and radiant health. That path is a little different for everyone. As it should be.

And that requires a physician, a healer who is free to think and act both inside and outside the box of “standardized” care. It’s called Physician Autonomy: the need for competent integrative physicians to determine with the patient what is best for that patient from the best available medical evidence – and from their own clinical intuition based upon years of medical practice. It is a process accomplished through shared decision making with the patient.

And it usually takes longer than 8 minutes.

You are an individual. You are the author of your health and well-being. You are infinitely valuable.

The health care you receive should be equal to that.