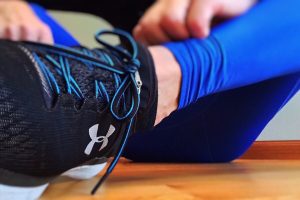 When you think about preventing cancer – or at least lowering risk – it’s really easy to get hyper-focused on all the things to avoid: synthetic chemicals, tobacco and other drugs, radiation, and the like.

But as we suggested last time, prevention isn’t just about what you keep out of your body but what you put into it – healthful foods, positive thought – and how you use it, as a new study in JAMA Internal Medicine reminds.

Pooling data from 1.44 million middle aged participants in the US and Europe, the authors found that getting more physical activity during leisure time lowered the risk of half of the 26 types of cancers they considered:

Total risk reduction ranged from 10 to 42%, which is in line with previous research. Interestingly, it didn’t seem to make a whole lot of difference whether the active person was overweight/obese or not.

The only difference was – and no surprise here – in smokers’ association with lung cancer, though not other smoking-related cancers (which is a bit of a surprise, actually).

Of course, the $64,000 question is one scientists are still working to answer: How, exactly, does exercise lower cancer risk? According to lead author Steven C. Moore of the National Cancer Institute, three mechanisms have been proposed. As he explained to Medscape,

The first…is via sex hormones. Previous studies have shown, for example, that estrogens occur in lower levels in physically active women. “The second hypothesis is related to insulin, which is that active people have lower levels of insulin, and insulin itself maybe a cancer risk factor,” he said.

The third is connected to inflammation, with studies indicating that exercise is linked to lower levels of inflammatory markers, and that inflammation “is a general cancer risk factor.”

Or it could be some combination of all of the above.

Meantime, you now have 13 more very specific reasons to make physical activity an integral part of your routine – to devote a chunk of your downtime to exercise. That doesn’t necessarily have to be gym time or time out walking, jogging, cycling, or engaged in some sport. It could be volunteering. It could be social dancing. It could be gardening.

Any activity that has you regularly up and moving is great!

Here are more ideas for getting exercise “without exercising” (with some cross-over among them).