Why Exercise Is One of the 8 Keys to Radiant Health (Hint: It’s Not Just About Physical Health)

You were born to move. It’s the primary quality defining life – and physical activity is the way we endorse that primary law. So it’s no surprise that exercise is one of Dr. Joe’s 8 Keys to Radiant Health. 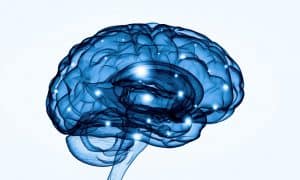 But it’s not just about physical health. Cognitive health depends on it, too. Our brains evolved to work best while we’re in motion. As developmental molecular biologist John Medina puts it in his book Brain Rules, “The brain is a survival organ. It is designed to solve problems related to surviving in an unstable outdoor environment and to do so in nearly constant motion (to keep you alive long enough to pass your genes on).”

Over the years, research has illuminated the tight relationship between physical and mental activity, movement and the brain.

Just about every mental test possible was tried. No matter how it was measured, the answer was consistently yes: A lifetime of exercise can result in a sometimes astonishing elevation in cognitive performance, compared with those who are sedentary. Exercisers outperform couch potatoes in tests that measure long-term memory, reasoning, attention, problem-solving, even so-called fluid-intelligence tasks. These tasks test the ability to reason quickly and think abstractly, improvising off previously learned material in order to solve a new problem. Essentially, exercise improves a whole host of abilities prized in the classroom and at work.

And, as new research in Preventive Medicine reminds, movement – along with time outdoors – is a boon for mental health, as well.

For the study, researchers gathered data from 20,000 people during the early stages of the pandemic – a high stress time in which more than 80% of participants reported more social isolation. Mostly older adults took part in the series of surveys the study was built around, and slightly more women than men. All reported being free of COVID symptoms. 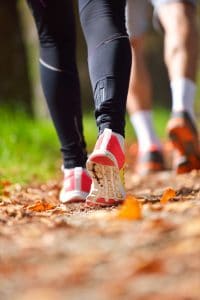 should be encouraged to continue physical activity participation during this and other public health emergencies to benefit their mental and physical health. Outdoor opportunities for physical activity, including parks and other nature venues, should remain open for use during future pandemics.

But we’ll go one better and suggest that people should be encouraged to stay physically active all the time, not just during public health emergencies. After all, not only is there a significant body of literature supporting its benefits; it’s what we were born to do.