What You Eat May Lower Your Risk of Stroke 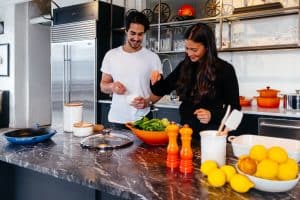 While there are lots of variations on “a healthy diet,” all share some things in common, including an emphasis on vegetables and other plant-based foods. But what if you went full vegetarian – still including animal-derived foods such as eggs and honey but foregoing all flesh?

According to a recent study in Neurology, it could lower your risk of stroke.

Researchers followed two groups from Buddhist communities in Taiwan. Data from over 13,000 participants was tracked for several years. About 30% of them were vegetarians. None had experienced a stroke of any kind. All were given a medical exam at the start of the study and were asked about their diet.

Vegetarians reported eating more soy, veg, and nuts, and less dairy than non-vegetarians. They got more fiber and plant protein but less animal protein, fat, and vitamin B12.

That last bit is no surprise. On the whole, vegetarians tend to have low intake of B12, which comes mainly from animal products. So the research team also created a subgroup who had their B12 levels checked.

They then looked at stroke incidence among participants of each of the two groups.

After adjusting for age, sex, smoking and health conditions like high blood pressure and diabetes, researchers found vegetarians in [the first] group had a 74% lower risk of ischemic stroke than non-vegetarians. 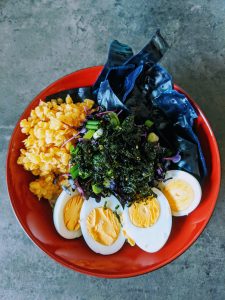 Ischemic strokes are the most common kind, happening when a blood clot blocks a blood vessel in the brain.

For vegetarians in the second group, the risk of ischemic stroke was 60% lower, and their risk of hemorrhagic stroke – in which the brain bleeds – was 65% lower. Their risk of overall stroke was 48% lower than non-vegetarians.

All this, despite the lower B12 levels.

While the study has significant strengths, such as its length and large sample size, the participants had other factors that also may have contributed to their health. As the authors note,

Most of the participants were Tzu Chi volunteers, Buddhists who commit themselves to a variety of community services, ranging from charity to environmental protection. All volunteers went through at least 2 years of training to assure they know the core value of Tzu Chi and quit smoking and drinking alcohol before becoming certified as Tzu Chi volunteers.

Notably, they also engaged in other keys to Radiant Health, including stress reduction, mindfulness, and service to others.

But while this study is hardly the final word on the virtues of a plant-based diet for longevity, it is another important reminder that what you eat does make a difference.