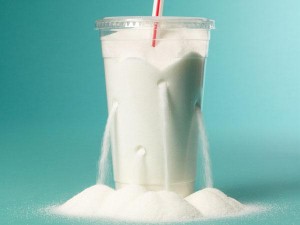 While BMI – body mass index – isn’t exactly an accurate gauge of healthy weight, it can still tell us something about how we’re faring, collectively, in the battle against obesity.

Unfortunately, how we’re faring is none too well.

According to data published last month in JAMA Internal Medicine, there are now more obese people than merely overweight.

A tally by researchers from Washington University School of Medicine in St. Louis estimated that 67.6 million Americans over the age of 25 were obese as of 2012, and an additional 65.2 million were overweight. Their count was based on data collected between 2007 and 2012 as part of the National Health and Nutrition Examination Survey, an ongoing study conducted by the Centers for Disease Control and Prevention.

And there’s plenty of blame to go around, from the obvious – the modern food environment and sedentary lifestyles, for instance – to less obvious factors such as chronic stress, sleep debt and hormone imbalance.

At the same time, the start of the obesity epidemic aligns with a number of important dietary shifts, most notably a sharp increase in consumption of added sugars and other refined carbs.

While soda consumption has dropped some in recent years, the average American still drinks 38 gallons of the stuff each year (down from 42 gallons in 2008). Naturally, this makes the soft drink industry very nervous, so they’re responding by shifting their emphasis to “flavored waters” and other seemingly “healthier” drinks. Think energy drinks, flavored teas, fruit juices and smoothies, sports drinks, smart drinks and other hard-to-classify sweetened beverages.

So yes, we’re still drinking plenty of liquid sugar – a perfect fuel for chronic inflammation and all the conditions it drives, including depression, obesity, heart disease, diabetes and cancer. Sugar kills. Slowly.

Just how killing it may be was recently highlighted by research just published in Circulation. Its authors estimated that sugary drinks contribute to more than 184,000 deaths in the world every year. Here in the US, 125 deaths per million – 40,000 deaths annually – may stem from consumption of these products. In Mexico, the situation’s even grimmer: 405 deaths per million, or over 50,000 deaths per year.

You might consider, too, a study published last summer in the American Journal of Public Health. It’s authors found that those who regularly drank sugar-sweetened beverages had shorter telomeres than those who refrained from such drinks. Shorter telomeres, as we noted before, are a sign of cellular aging.

Drinking an 8-ounce daily serving of soda corresponded to 1.9 years of additional aging, and drinking a daily 20-ounce serving was linked to 4.6 more years of aging. The latter, the authors point out, is exactly the same association found between telomere length and smoking.

The flip side of this is how effectively we protect ourselves with a healthier diet – such as the Mediterranean diet.

Yet another recent paper reminds that it might not be only sugar that’s responsible for the various damage these drinks can do. According to research just published in Environmental Health Perspectives, a chemical used in some products (and as an oil dispersant, as well, which should tell you something) – dioctyl sodium sulfosuccinate, or DOSS – isn’t quite so safe as once thought. In fact, it may now be considered “a probable obesogen” – a chemical or environmental product that promotes obesity. As Environmental Health News reported,

“This is a strong study,” said Michael Skinner, a professor and researcher at Washington State University who was not involved in the study. That strength comes in part because few studies have drilled down to see what the health effects could be from DOSS, he added.

Most concerning is exposure to such compounds as a fetus or at an early age, Skinner said. It’s not that such compounds simply make you fat, but they may increase your chances, and we can’t ignore that, he said.

Certainly, we’re not hurting for evidence of all risk and no benefit from consuming sugary drinks on a regular basis. Yet facts aren’t nearly so addictive as sugar can be…unless, perhaps, they’re set to music in a brilliant parody of the iconic add that made Coca Cola seem nothing but a force for good in the world:

Or perhaps this re-dubbed version of an actual anti-obesity commercial from Coke might persuade even more: