About That “Pasta Won’t Make You Fat” Study…

You know how they say that if something sounds too good to be true, it probably is? 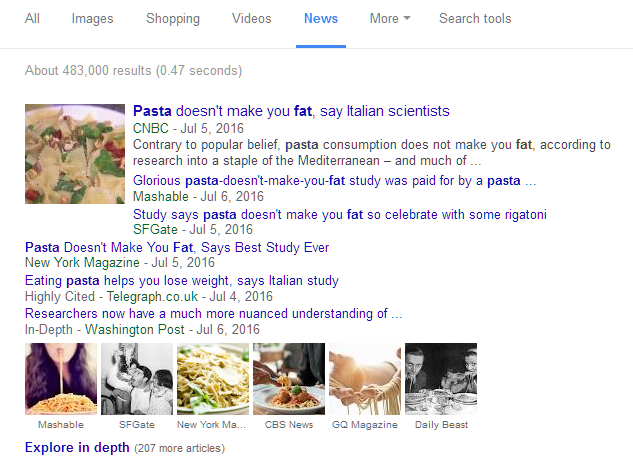 Widely touted as “the best study” to date on pasta consumption and obesity, it was hardly that. As Stanford professor of medicine Dr. Christopher Gardner told Health News Review,

The various headlines seem to indicate ‘Despite the impression that eating more pasta leads to weight gain, in fact it leads to weight loss….you should eat pasta….’ It is possible that statement is true, but the study that was published does very little to support this. The published study provides a somewhat torturous piece of evidence that it could be possible. [first emphasis ours, second Gardner’s]

So what sorts of nuance were generally lost in translation from study to headline? For one, the study was observational, and noting a pattern of association doesn’t prove that one thing caused the other. It never can. 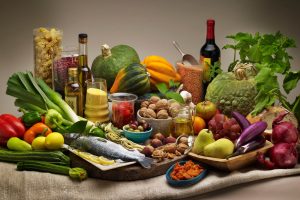 More, the data was self-reported and generally short-term, not necessarily reflective of what people actually ate over the long haul.

Perhaps most importantly, participants tended to eat a Mediterranean style diet, with lots of fresh fish, vegetables, healthy fats, and whole grains. Pasta is just one part of it – a note made in the press release on the study but not always evident in media coverage:

The message emerging from this study… is that Mediterranean diet, consumed in moderation and respecting the variety of all its elements (pasta in the first place), is good to your health.

Ah, yes. Moderation. The portion sizes in the study were far smaller than what the typical American eats. The largest reported was about 3 ounces. The standard American serving is about double, and not necessarily whole grain. Restaurant portions are often a whole lot bigger than that!

Oh, and the study itself? Funded by the Italian Ministry of Economic Development and Barilla, maker of – pasta, both major stakeholders in the findings. While this doesn’t necessarily negate the findings, it does cast a shadow of doubt.

So why did this study get so much attention? It says something a lot of folks would like to believe: You can lose weight by eating a favorite food. It’s in the same vein as more reputable studies on indulgences like chocolate and wine. Just because those foods appear to have distinct health benefits doesn’t mean that you’ll get more benefit from eating more. Moderation is the key.

No, that’s not quite so sexy a message, but it’s the reality.

And beyond that, it’s imperative to remember that it’s never just one food that’s going to benefit – or harm – you. Rather, as this pasta study actually suggests, it’s the whole diet that counts. What all are you eating? How much? How often?

That will tell the tale…