Wouldn’t it be nice if weight were really just a matter of calories in, calories out?

But science has made it increasingly clear that not all calories are equal – nor is calories in/calories out the sole equation when it comes to overweight and obesity.

For instance, different combinations of foods can have very different, even surprising effects, as shown in a study just published in BMC Nutrition. 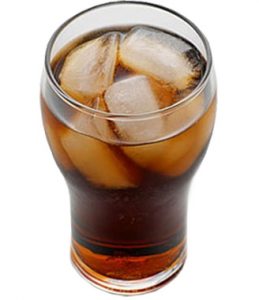 The study made use of a technology known as a room calorimeter – a small chamber that can measure a person’s energy expenditure or metabolism under various conditions. Twenty-seven participants were each isolated in such a chamber for two 24-hour periods. During one stay, breakfast and lunch each contained 15% protein; during the other, 30%. As protein content went up, carb content went down.

Participants were served either a sugary or artificially sweetened drink with each meal.

Evaluating the metabolic differences between meals, the researchers found that when the sugary drink was consumed, fat-burning ability was reduced. And despite consuming more calories – energy – participants didn’t feel any fuller. They did show a stronger preference for salty, savory foods.

As lead author Dr. Shanon Casperson described it in a news release,

We found that about a third of the additional calories provided by the sugar-sweetened drinks were not expended, fat metabolism was reduced, and it took less energy to metabolize the meals. This decreased metabolic efficiency may “prime” the body to store more fat.

Now, think of the standard fast food meal – burger, fries, Coke – and it seems even clearer why this type of eating would lead easily to weight gain. It’s a lot of protein and a lot of sugar, all at one go.

But it’s important to remember that when we’re talking about sugary drinks, we’re not just talking about soda pop but any drink with sugar: flavored teas, juice and juice-based drinks, energy drinks, sports drinks, and more.

Dr. Casperson said: “Our findings suggest that having a sugar-sweetened drink with a meal impacts both sides of the energy balance equation. On the intake side, the additional energy from the drink did not make people feel more sated. On the expenditure side, the additional calories were not expended and fat oxidation was reduced. The results provide further insight into the potential role of sugar-sweetened drinks – the largest single source of sugar in the American diet – in weight gain and obesity.”

But before you think that reaching for the diet drink instead will help keep the weight off, another new study suggests otherwise. In a new meta-analysis out of Canada, researchers found that

not only were artificial sweeteners dodgy when it came to weight management, but people who drank them routinely had an increased body mass index and risk of developing cardiovascular disease.

Granted, most studies to this point are observational and so can’t show cause and effect. And like many dietary studies, they have relied a lot on self-reported data, which isn’t always the most accurate. Still, the findings are consistent with other research over the past decade-plus which suggests that not only do diet drinks do little to reduce obesity, they may actually encourage it.

And, of course, there are plenty of other health reasons to steer clear of artificial sweeteners.

Bottom line, practically speaking? If you’re going to enjoy a beverage with your meal, stick with water or, at minimum, a non-sweetened, sugar-free drink.

For more on the impact both sugared and artificially sweetened drinks can have on your health, see our previous posts here and here.