Making Healthy Changes in the New Year: 3 Tips for Success 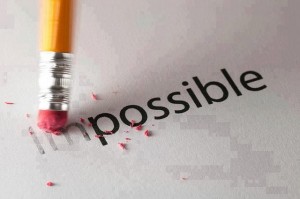 One of the most common – if not THE most common – new year’s resolutions is to “lose weight.” While there are plenty of sketchy diets that many, unfortunately, will try, the healthy way to do it necessarily involves a couple things that are also the stuff of resolutions: eating better and exercising more.

But weight loss is only the start of it.

Earlier this year, a task force reviewed the scientific literature and found good evidence that addressing these two things can prevent or control type 2 diabetes.

Based on its review—which the authors say offers “strong evidence of effectiveness” of such programs—the task force suggests combined diet and physical activity programs for individuals at increased risk of type 2 diabetes, defined by the CPSTF as those having abnormally high levels of blood glucose, but not high enough to be considered type 2 diabetic. [emphasis added]

Of course, the emphasis here is on programs, which may involve things like counseling, coaching, work with a trainer, and “extended support.” But what about for people who may not have access to such resources or structured programs due to location, say, or financial need? What about those who balk – for whatever reasons – at working within a structure imposed from the outside, who would rather just do it themselves?

Here are a few of the elements we think are essential for successfully making most any health-related self-improvement:

What are your health goals for the coming year? What are you prepared to do to help yourself reach them? What advice would YOU give to others striving to improve their health? Share your insights in the comments.