It’s the Whole Diet that Matters, Not Any One “Superfood”

As we were saying, your body needs real food. Can we take that a step further and see food as medicine?

You’ve probably heard the saying “Let food be thy medicine, and medicine be thy food” – an idea that’s usually attributed to Hippocrates. In truth, though, the phrase doesn’t seem to turn up in his work. In fact, it may only date back to the early 20th century.

Regardless of the source, though, the phrase can be a little misleading.

Of course, the broad idea is sound: What you eat is a major driver of health and illness. Your body needs nutrients to operate as it was designed to do. When we fail to regularly give it what it needs – including wholesome, healthful, real food with a minimum of processing between field and plate – we not only deprive it of what it needs. We wind up feeding it with products that, over time, can interfere with its optimal function.

But the idea of food as medicine also overlooks the fact that food is more than just medicine, just as it’s more than mere fuel. Its emotional, social, and cultural aspects provide their own kind of nutrition. 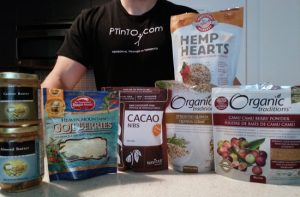 At the same time, we shouldn’t take the idea to mean that food has pharmaceutical-like effects. Yet when we’re bombarded with the latest hype over each new “superfood” that comes along, it’s all too easy to make that leap. Headlines touting “the healing power” of this food or that – chia seeds, turmeric, avocado, acai, quinoa, and on and on – come at you fast and furious through your social media feeds or news sites and blogs every day.

But what are we really talking about when we talk about “superfoods”?

The common understanding is that these are foods that contain compounds that are considered especially beneficial to your health. But this doesn’t tell us much. As one blogger put it,

By that definition, pretty much any plant food could be considered a superfood. Pretty much all plant-based foods contain compounds that are innately good for us. Antioxidants, fiber, nutrients—we thrive off of plant-based diets. Each fruit, vegetable, grain, and legume has its own uniquely healthful properties. Blueberries are rich in anthocyanins. Brown rice contains essential minerals. Lentils are dense in protein. And beets are loaded with iron and nitric oxide.

To deem any one of these foods more super than the others is not only incorrect, it’s also extremely misleading. 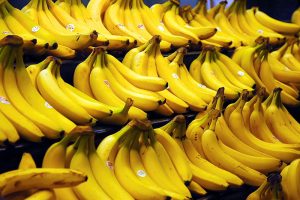 Indeed, what “superfood” really is, is a marketing term. It came into use back in the early 20th century when the United Fruit Company started promoting bananas for their “food value.” Bananas, after all, were their major import.

Initially the company had advertised the practicality of bananas in a daily diet, being cheap, nutritious, easily digested, available everywhere, good when cooked and not cooked, and sealed by nature in a germ-proof package. To get people to eat more, they suggested adding bananas in cereal for breakfast, in salads for lunch, and fried with meat for dinner.

Then the medical community got into the act, suggesting that bananas could be used to treat disease.

Soon, physicians began treating conditions like celiac disease and diabetes with bananas. Children with celiac disease, for instance, gained weight and grew taller while on a banana diet, and these findings were highlighted in medical journals. Erroneously, scientists attributed these results to the special properties of bananas and not the removal of gluten from the diet.

No matter. The United Fruit Company, in turn, cited the doctors and sold even more bananas. Ever since, many other superfoods have come to the fore, often falling out of fashion for a time before being rediscovered by later generations.

One factor fueling this is the simple fact that nutrition science is “a wickedly difficult field,” as Harvard nutritionist David Ludwig has put it. The challenges are many, starting with the fact that we seldom eat single foods in isolation but as ingredients in recipes and meals made from multiple recipes.

Studying that in any useful way would be extraordinarily difficult and cost-prohibitive.

More, the real impact of diet doesn’t show up right away. Often, you don’t see the significant results of your food choices until much later in life. Meantime, you’re exposed to an array of other factors that can impact how much nutrition you may actually get from your diet, from toxic exposures to genetic variants.

And where those are concerned, no single food will fix things, no matter how super.

As ever, it’s the whole diet that matters – not to mention the other keys of Radiant Health. That might not be as exciting as a clickbait headline, but it does have the virtue of being true.