Yet More Evidence that Dietary Fat Is Not the Bad Guy

It’s interesting how people sometimes talk about “science” as though it were a settled body of fact. Science is actually a process: a data-driven method of empirical testing and observation that has given us an amazing understanding of the physical world and the fundamental forces that drive it.

Of course, that understanding is always evolving. We’ve gone from bloodletting for infection to the use of intravenous antibiotics; from horse saliva as a cure for an impaired libido to bioidentical hormone replacement therapy; from cutting holes in a living person’s skull – a technique called trepanation – to relieve insanity to the use of medications and psychotherapy.

Glory and Truth can be fleeting in medicine. After all, the Portuguese neurologist Egas Moniz received the 1949 Nobel Prize in Medicine for developing the frontal lobotomy for unruly patients and adolescents.

Still, it usually takes a long time for mainstream ideas to change, for the shockingly new to become common knowledge. Some bad old ideas have a way of hanging around much longer than they should.

Case in point? The demonization of dietary fats.

As we noted previously, despite decades of research suggesting that sugar is the real culprit when it comes to obesity, heart disease and other inflammatory conditions, the low-fat dogma has held sway. Fat is the bad guy. Carbs are an unqualified good. It’s just common sense. We’ve heard it for decades – and watched obesity, metabolic syndrome and obesity rates skyrocket.

While there are certainly other factors at play with these health issues – chronic stress, sedentary lifestyles, environmental toxins and more – diet, and particularly our increased consumption of refined carbs and added sugars, plays an enormous role. 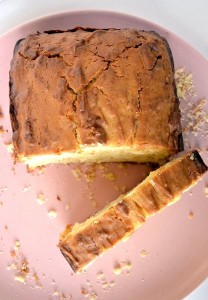 Like sugar consumption, carb consumption really climbed as fat was portrayed as the root of all dietary evil and increasing numbers of “low-fat” products hit the market. After all, if you take a macronutrient out of a food product, you generally need to replace it with something. Fat tended to get replaced with simple carbohydrates. Those simple carbs – like simple starches – get digested as sugar, and thus have the physiological impact of sugar.

Over the past decade and a half, evidence has repeatedly demonstrated that it’s those simple carbs, not fat, that mean trouble. And that brings us to the study we recently read in PLOS One, which further exonerates dietary fats – at least when it comes to the risks of heart disease and diabetes.

This small but solid study controlled the eating habits of 16 participants over the course of 21 weeks, gradually varying the amount of saturated fat and carbohydrate in the diet. All came into the study with the habit of eating a lot of carbs and reduced fat. Live Science offers a neat summary of the method and major findings:

For the first three weeks of the study, [participants] doubled or tripled their saturated-fat intake, consuming 84 grams of saturated fats, and 47 grams of carbs per day. Researchers found no jump in the levels of saturated fat in the blood during this phase.

Then, every three weeks after this, the dieters decreased the fat and increased their carb intake, ending the study on a diet of 32 grams of saturated fat and 346 grams of carbs per day. The final phase modeled U.S. dietary recommendations for carbs and included whole grains.

The researchers found that as the amount of dietary fat was decreased, there were no changes in the levels of saturated fat in the participants’ blood. But one kind of fatty acid, called palmitoleic acid, did progressively increase.

While some research has shown palmitoleic acid to be beneficial, the authors of the current study note that other research has linked it to problems such as inflammation, metabolic syndrome and heart failure.

In summary, high intakes of saturated fat (including regular consumption of whole eggs, full-fat dairy, high-fat beef and other meats) does not contribute to accumulation of plasma SFA in the context of a low carbohydrate intake. A progressive decrease in saturated fat and commensurate increase in carbohydrate intake, on the other hand, is associated with incremental increases in the proportion of plasma palmitoleic acid, which may be signaling impaired metabolism of carbohydrate, even under conditions of negative energy balance and significant weight loss. These findings contradict the perspective that dietary saturated fat per se is harmful, and underscore the importance of considering the level of dietary carbohydrate that accompanies saturated fat consumption. [emphasis added]

Now, we have to acknowledge that this is far from a perfect study, and not just because of its small size. It was funded by several major stakeholders in the outcome: the Dairy Research Institute, the National Cattlemen’s Beef Association, the Egg Nutrition Center, and the Robert C. and Veronica Atkins Foundation. Naturally, the authors claim that this in no way affected the study design.

Insofar as these results support both previous and more recent unconflicted research, though, we believe the findings to be trustworthy.

We can also add that meat, dairy and eggs are far from the only good sources of fats and protein. In fact, vegan fats such as in avocados, nuts and coconut are widely considered to be “heart healthy” fats. You have to wonder if there might be even more benefit from including these along with animal-sourced fats and proteins in the diet.

That just might be the stuff of another study…and another step in the evolution of medical science.