The media had a field day with it, but you couldn’t be blamed for missing the news. It appeared right in the middle of last holiday season, after all: the latest declaration that nutritional supplements are worthless, possibly even (gasp!) dangerous.

In a commentary on a trio of studies appearing in the Annals of Internal Medicine, Dr. Eliseo Guallar and colleagues bluntly asserted “case closed” on nutritional supplements.

Although available evidence does not rule out small benefits or harms or large benefits or harms in a small subgroup of the population, we believe that the case is closed—supplementing the diet of well-nourished adults with (most) mineral or vitamin supplements has no clear benefit and might even be harmful.

Of course, they can believe this all they want. That doesn’t make it true. And through the months following the publication of their opinion, many physicians – holistic/integrative and conventional alike – have pointed out the problems of such a broad conclusion. One of the most scathing rebuttals came from a group of researchers with solid credentials: Drs. Balz Frei (Linus Pauling Institute, University of Oregon), Bruce Ames (Children’s Hospital Oakland Research Institute), Jeffrey Blumberg (Tufts University Friedman School of Nutrition and Science Policy) and Walter Willett (Harvard School of Public Health).

To call the case closed; deny the value of further research; and label multivitamin and mineral supplements useless, harmful, and a waste of money is wrong, is not based on the established science for their primary indication, and misinforms the public and the medical community.

There is indeed a time and place for supplements. There are situations in which supplementation may be the best or only appropriate tool to help a person regain or sustain good health.

For starters, “well-nourished adults” in our society are the exception, not the norm. According to research published in the Journal of Nutrition, “nearly the entire U.S. population consumes a diet that is not on par with recommendations.” Those who do, says the University of Rochester Medical Center, may be as little as 5% of the population. 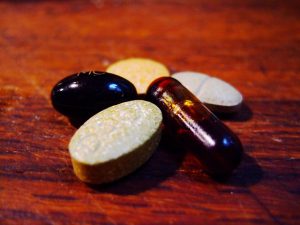 And while it’s true that our best source of nutrients is in food itself, the typical American simply eats far too much processed food to meet just the basic standards set by the government. Not only does hyper-processed food tend to replace healthier whole foods (vegetables in particular), but the mechanical action of processing necessarily strips foods of nutrients. That’s why you so often see them “fortified” with vitamins and minerals.

Also keep in mind that those standards are set for the average person. They necessarily disregard the different or greater nutritional needs some individuals may have due to illness, exposure to environmental toxins or other stressors on the body.

Dr. Frei and his colleagues point out another problem with the conclusions drawn by the authors of the original commentary: It overlooks some important research, including “the largest and longest RCT [randomized controlled trial, considered the “gold standard” of medical research] of a multivitamin and mineral supplement conducted to date.” The authors of that study found statistically significant reductions in cancer among men using multivitamins. “These findings,” they add,

are consistent with those of several other RCTs and are even more impressive given that conventional RCT designs have limited ability to reveal benefits of nutrients—in contrast to drugs—for chronic diseases.

For another limitation – or perhaps we should call it a challenge – of supplement RCTs is that they may tell us only about the benefits of that specific supplement and not necessarily the vitamin or mineral as it occurs in nature. Synthetic supplements – as opposed to those that are derived from food – may not be nearly as effective as their natural counterparts. Also, micronutrients are synergistic, meaning they rely on other nutrients within the same “package” – the piece of meat or fish, the vegetable, the fruit – to be properly absorbed and utilized by the body.

Clinical observation gives another view, where we can see the benefits of nutritional approaches to healing directly, whether we use supplements or simply whole foods in an optimized diet. Some might insist that such evidence is “anecdotal,” but they must also admit that the vast majority of medical practices do not meet the currently accepted “gold standard” for research. As Sanjaya Kumar and David B. Nash note in their book Demand Better!, excerpted on the Scientific American website,

Slice a pie into five pieces, and remove one piece. That slice represents the roughly 20 percent of clinical-care practices for which solid randomized, controlled trial evidence exists. The remaining four-fifths represent medical care delivered based upon a combination of less reliable studies, unsystematic observation, informed guesswork and conformity to prevailing treatments and procedures used by most other clinicians in a local community.

Since the days of Hippocrates, we’ve known that food – nutrition – can heal…and also that it can harm. Only in recent decades have we really begun to uncover the hows, which have actually in some ways informed us of just how much we have yet to understand.

But we do know the basics and have ways of meeting our nutritional needs when what we get from food is not enough. It is relatively inexpensive, certainly safe and effective.

How safe? Consider this: It is calculated that food supplements and herbal remedies are responsible for 1 death among every 10 million people who take them. Being treated in a hospital is far riskier, with the most recent estimate being over 400,000 cases of preventable harm every year.