Why EDTA Is the Right Chelator for Gadolinium 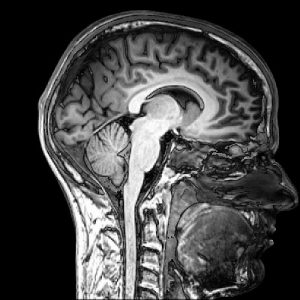 When you get an MRI, a contrasting agent may be used to improve the clarity of the imaging. The downside, however, is that those dyes usually contain gadolinium, a toxic heavy metal.

It was once thought that this was a risk mainly for people with impaired kidney function, but as a 2018 literature review noted, newer evidence suggests that the metal can deposit in bone and brain tissue of people whose kidneys work perfectly fine.

The metal can remain long after the MRI is a memory.

One recent study of nearly 70 primary glioma patients who had MRI before their surgery found gadolinium in 57% of the glioma samples and 62% of the normal tissue samples.

“While the brain tumor provides an obvious explanation for gadolinium retention, we additionally found gadolinium deposits in the adjacent normal brain,” the authors wrote. “Furthermore, a small but significant correlation between the amount of gadolinium in the tumor and normal brain was detected implying passage of gadolinium from the site of pathologic brain lesion….”

The good news is that chelation can help clear the metal from these tissues. But is EDTA the best chelator for the task? One person asked about this after reading our previous post on gadolinium toxicity, and we thought the answer deserved more than a quick reply.

There has only been one human study on the matter, and it used healthy adult volunteers who were given just three chelation treatments. The remaining relevant studies were done on rats, often using chelating agents that do NOT chelate the most common form of gadolinium used in contrast agents, Gadavist.

Studies suggesting that gadolinium isn’t effectively removed by EDTA also fail to periodically measure its presence in post-chelation urine samples over time. In our West LA clinic, we regularly measure this and see regular evidence of the compound’s effectiveness.

Yes, stronger chelating agents can make for a faster detox, but this often results in the patient becoming even more ill due to aggressive binding and rapid removal of the metal from tissues.

“I’ve treated a number of patients who suffered from too aggressive use of chelating agents for mercury and lead,” says Dr. Joe.

These patients successfully regained their health under my care with careful and very individualized recovery programs which INCLUDED the successful removal of metals from their body without ill effects.

Using oral amino acids such as the L-forms of methionine, isoleucine, leucine, reduced glutathione and N-acetyl L-cysteine will protect the body and may be beneficial in chelating gadolinium when used with oral DMSA – another chelator. However, no clinical studies have been done on this. Alpha lipoic acid should only be used in low doses as it can also transport metals into the central nervous system at higher doses.

Chelation should always be performed by a physician with established chelating experience who can moderately and when needed, very gently remove toxic metals with utmost respect for the health and welfare of the patient who has sought their care.