For Postmenopausal Women, BHRT May Mean a Better Night’s Sleep 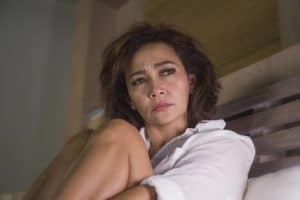 Menopause is a normal part of aging. Of course, knowing that doesn’t necessarily make the symptoms any less annoying – symptoms that can differ from woman to woman as her hormone levels change.

Hormone replacement therapy (HRT) can be extremely helpful in easing these symptoms – a matter underscored by new research in the journal Menopause.

The study looked for the possible effects of HRT on nocturia, or waking up repeatedly through the night in order to urinate, and nearly 250 postmenopausal women took part. They were divided into four groups based on their treatment of choice: estrogen and progesterone, estrogen only in patients who’d had a hysterectomy, tissue-selective estrogen complex (TSEC), and no treatment.

Each participant completed two questionnaires on nocturia and its possible causes, one before treatment and one 6 months after starting treatment. As it turned out, those in the estrogen/progesterone and TSEC groups who woke more than twice a night to urinate experienced “a significant reduction in nocturia prevalence and bother” after HRT.

The difference maker? They slept better after treatment.

While those in the estrogen-only group also experienced some improvement with nocturia, it appeared to be less due to sleep improvement than improvement in bladder disorders underlying the nocturia.

“To our knowledge, this study is the first to assess the relation between different menopausal HT options and nocturia,” the team added. “The findings of this study are important, as both the reduction of nocturia and the associated bother have implications on women’s health and quality of life. This study supports a hypothesis to test in a future randomized study, namely that different systemic and vaginal estrogens will be more effective at reducing nocturia frequency than maintaining hormone depletion.”

Of course, while getting help for menopausal symptoms is perhaps the most common reason for HRT, it’s hardly the therapy’s only purpose. It’s actually an important tool in anti-aging/longevity medicine in general, helpful for men and women alike – from replenishing the sex hormones to helping skin retain or regain a more youthful appearance, with lots in between.

Here in our West Los Angeles clinic, where we practice what’s known as functional medicine, we take the treatment up a notch by using bioidentical hormones instead of the synthetic ones used in conventional therapy, which research suggests is both safer and more effective. These hormones are exactly the same molecules that your body makes – just as nature intended. Those that Dr. Joe most often prescribes include etstradiol, etstriol, progesterone, testosterone, DHEA, thyroid hormone (such as Nature-Throid and Armour), oxytocin and growth hormone.

I have witnessed remarkable – sometimes miraculous – responses with the use of natural bioidentical hormones. That means they not only solve these distressing symptoms for many men and women, but are safer and more effective when properly prescribed and monitored. In fact, for women 50 or younger – or women without heart disease who take BHRT within 5 years of menopause – there is significant evidence that BHRT is not only beneficial but disease preventive.

To find out if BHRT might be right for you, give us a call today: 310-268-8466. We’re happy to speak with you and answer any questions you may have about this key anti-aging therapy.