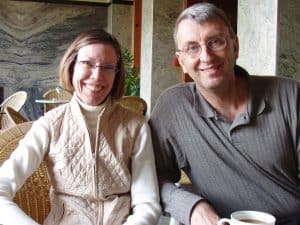 It’s not just women who get to cope with things like hot flashes, night sweats, irritability, sleep loss, decreased sex drive or satisfaction, depression and the like – the symptoms we associate with menopause and perimenopause. Men may experience all of these, too, as their own hormone levels gradually change. It’s what the TV ads are talking about when they talk about “low T” (testosterone). Some doctors call it “andropause.”

Likewise, both women and men are looking for ways to cope with these often distressing symptoms of aging – something safer and more effective than drugs.

Sure, drugs like Cymbalta, Prozac, Wellbutrin and Ambien may help your mood and sleep, but they come at a real cost: emotional flatness (no real lows, but no highs either), loss of motivation, complete loss of sexual desire or ability to perform – even months and years after you’ve stopped taking them!

One of the best alternatives currently available is Bioidentical Hormone Replacement Therapy, or BHRT, which I have been prescribing and monitoring for most of my career in integrative medicine – including for myself and my wife.

BHRT replaces the hormones we lose as we age. While conventional hormone replacement therapy (HRT) does this, too, it relies on synthetic hormones that are similar but not identical to their natural counterparts. Pharmaceuticals such as Premarin, Menest, Enjuvia, Cynesta and Ogen are chemically altered molecules – which, of course, allows them to be patented by the drug companies. These molecules are foreign to the body, and this is one of the main reasons why we see so many more negative side effects and higher risks of damage among those who receive them.

BHRT, on the other hand, has proven to have a much better safety profile. For instance, Dutch researchers followed over 1000 women for a decade and found that natural estradiol has a much lower risk of harm than synthetic Permarin when started just before menopause (perimenopause) or in early menopause. Specifically,

Similarly, an earlier study in the International Journal of Pharmaceutical Compounding showed

that conventional hormone replacement therapy (the use of [synthetic] estrogens and medroxyprogesterone) is detrimental to cardiovascular [heart] and breast health, while the use of bioidentical estrogen improves some markers of cardiovascular health but may induce breast epithelial proliferation [cause an increase in breast cell growth] if administered without progesterone.

What makes BHRT safer? Bioidentical hormones are exactly the same molecules that our bodies make – hence, the name (literally, the same as “bio,” or life). They are the body’s natural hormones, as nature intended they be made. Among those I most commonly prescribe in my clinic are etstradiol, etstriol, progesterone, testosterone, DHEA, thyroid hormone (such as Nature-Throid and Armour), oxytocin and growth hormone.

For a fantastic discussion of the many other differences between BHRT and HRT, see this excellent post by compounding pharmacist Peter Koshland.

For over 20 years, I have witnessed remarkable – sometimes miraculous – responses with the use of natural bioidentical hormones. That means they not only solve these distressing symptoms for many men and women, but are safer and more effective when properly prescribed and monitored. In fact, for women 50 or younger – or women without heart disease who take BHRT within 5 years of menopause – there is significant evidence that BHRT is not only beneficial but disease preventive.

I invite you to consider these facts and work with an experienced physician if you are seeking more optimal, more radiant health in the years ahead!