From the Archives: Getting “Hormonal” – & Finding Balance Again

Have you ever heard someone apologize for something they said or did when they were “hormonal?” Emotional volatility is just one signal that a person’s hormones may be out of balance. It’s why teenagers are the way they are. They spend years in hormonal chaos as their bodies begin to increase production of reproductive hormones. 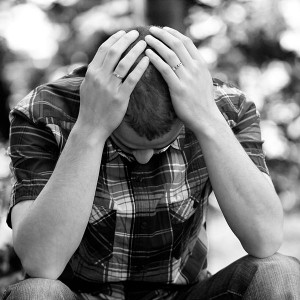 As adults, it sometimes happens the other way around, where chronic stress and emotional trauma take their toll on hormone function, including cortisol, which controls our “fight or flight” instinct. While acute stress will initially raise cortisol levels – causing an unwanted rise in blood sugar – chronic stress will literally wear out the adrenal glands.

But that’s far from the only aspect of lifestyle that can throw our hormones out of whack.

Hormones are chemical messengers made from cholesterol, fats and amino acids. They regulate metabolism. They help maintain homeostasis. They control sexual development. Anything your body does, you can safely assume that hormones are somehow involved.

Think of your hormones as the directors of your own personal biological movie. They’re the ones who pull and coordinate everything together to make the magic happen. Their language isn’t cinema but complex chemical reactions. Insulin tells a cell to absorb sugar and prevents breakdown of fats, which can also increase fat storage. Vasopressin tells cells to hold onto water. Cortisol tells your entire body to get ready for the next action scene.

While hormones are primarily associated with the endocrine system, we’re now discovering that just about every tissue in our bodies makes some sort of hormone. There about 80 that we know of, and they all tell our cells what to do and how to behave.

But they need to be in the right balance in order to do that well.

Hormone-related disorders have been on the rise lately, and as you might imagine, the way we live has a lot to do with it.

Take diabetes, for instance. Today, nearly 10% of the American population is diabetic, largely thanks to the irrational fear of fat, along with the hyper-processed, sugar-laden foods that make up the Standard American Diet. Good fats and cholesterol are both required for the healthy production and expression of hormones. Overfed with sugars, simple carbs and industrial fats, we raise our risk not only of diabetes, but heart disease, obesity and other inflammatory conditions. In fact, depression, which also often accompanies the Standard American Diet, is now believed to be an inflammatory condition, as well.

As a 2013 paper in the Journal of the Pakistan Medical Association noted, “Many studies have shown links between inflammatory cytokines and mood disorders, including elevated level of cytokines like tumour necrosis factor-alpha (TNF a), Interleukins (IL-1,IL-6) and others. Raised levels of cytokines have been shown to increase depressive behaviour in animal models, while many anti-depressants reverse” it. [emphasis added] These medications also reduce inflammation in the central nervous system and may reverse the damage to nerve cell regulation and the loss of “plasticity.” This means these medications may help the nervous system rewire its connections, improve memory and take over the function of areas that are damaged. Anti-depressants may act as anti-inflammatory agents, and this may be an essential reason why they help treat depression.

“There is,” later note the authors, “a bidirectional relationship between between mood disorders, especially depression and markers of the inflammatory immune response, such as Interleukins and Interferons.” [emphasis added]

Then there’s our use of alcohol and caffeine – or perhaps we should say “misuse,” since alcohol can be protective in moderation, while coffee contains antioxidants. But many do things like “manage stress” with alcohol or “energize” with caffeine. Chronic use of either can actually reduce growth hormone, accelerate aging and contribute to impaired immune function, slowed metabolism and cardiovascular problems. Increased daily use of alcohol lowers your level of growth hormone – the most powerful age-reversing hormone – by 75%. Coffee, on the other hand, increases insulin release, promoting fat, while inhibiting both thyroid and growth hormone, which promote thinness.

Daily use of alcohol or caffeine can also negatively impact our ability to sleep properly, which is critical to hormonal balance.

Food and drink are far from the only triggers for hormonal disruption. Think, for instance, of the sheer amount of chemical exposures we swim through each day. We are literally surrounded by endocrine disrupting chemicals (EDCs). Soy products, plastics, pesticides and some body care products are sources of molecules called xenoestrogens that mimic human hormones and offset the balance. Virtually every endocrine cancer, precocious puberty and gynecomastia (when males grow breasts) have been linked to EDCs. (For more on EDCs, check out this article at Exhibit Health.) 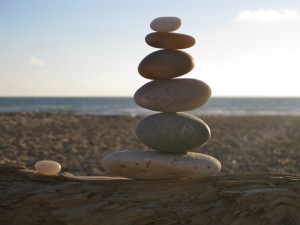 We can do a lot to prevent such problems through healthful habits – eating right, sleeping well, keeping active, detoxing regularly and all the rest – but sometimes this may not be enough. Especially as we age, hormone production goes down and we are more vulnerable to the diseases of aging. In such cases, Bio-Identical Hormone Replacement Therapy (BHRT) can be a tremendous help in restoring endocrine harmony.

There are also specific nutritional interventions, as well. For instance, minerals such as zinc, magnesium, selenium and chromium have been found to increase hormone production. Monounsaturated fats, omega 3 fatty acids and quality proteins provide building blocks for happy hormones, as well as the tissues that make them. Low glycemic foods control the release of sugar into the body, balancing the production of insulin rather than overstimulating it.

A healthy lifestyle goes a long way to keeping your hormones balanced and your sanity somewhat intact, no matter what phase of life you are in.