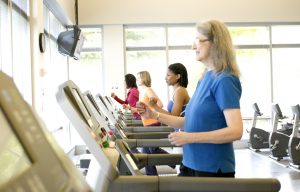 Life is defined by movement. Physical activity is the way we endorse that primary law. Your body was built to move.

To sit still as much as we do goes totally against our nature. Yet so many of us have adapted so completely to our sedentary habits, exercise can start to seem exceptional – something extra we “should” do, not our natural state of being. Where sitting kills, physical activity lowers our risk of a host of health problems (not to mention early death).

But what a lot of people don’t realize is that exercise is good for your brain, too. How so?

Exercise helps memory and thinking through both direct and indirect means. The benefits of exercise come directly from its ability to reduce insulin resistance, reduce inflammation, and stimulate the release of growth factors—chemicals in the brain that affect the health of brain cells, the growth of new blood vessels in the brain, and even the abundance and survival of new brain cells.

Indirectly, exercise improves mood and sleep, and reduces stress and anxiety. Problems in these areas frequently cause or contribute to cognitive impairment.

Many studies have suggested that the parts of the brain that control thinking and memory (the prefrontal cortex and medial temporal cortex) have greater volume in people who exercise versus people who don’t. “Even more exciting is the finding that engaging in a program of regular exercise of moderate intensity over six months or a year is associated with an increase in the volume of selected brain regions,” says Dr. Scott McGinnis, a neurologist at Brigham and Women’s Hospital and an instructor in neurology at Harvard Medical School.

Now a new study suggests that aerobic exercise in particular – exercise that increases your need for, and thus intake of, oxygen – may not only increase brain volume but improve cognitive function, too.

The study involved 35 adults with mild cognitive impairment. A study group of 16 did aerobic exercise four times a week; the rest did stretching. While everyone showed more brain volume by the end of the study, there were some important differences.

The aerobic exercise group showed greater increases in volume in a few regions, including the corpus callosum, which consists of the nerve fibers joining the left and right hemispheres of the brain, the researchers said in their study.

And in fact, the participants in the stretching group showed decreases in volume in an area of the brain called the right posterior corona radiata, which carries information to and from the brain regions that are responsible for thinking and perceiving.

Aerobic activity enhances circulation, which means more blood can deliver oxygen to the brain. And oxygen, after all, is critical to brain health. Go without it for more than a few minutes, and cells begin to die.

And, of course, oxygen is crucial for whole body health, too – essential for both energy production and healing.

Though the current study is small and more research is needed, you really can’t go wrong by making sure you get more aerobic exercise into your weekly routine.

So find time for brisk walking. Or dancing. Or swimming. Or running. Or playing a sport with consistent movement, such as basketball, tennis, or soccer. Even heavy, vigorous chores like yardwork count.

The main thing? Get moving with movement that really gets your heart beating and your lungs breathing.