Sleep More & Better. Your Brain Will Thank You 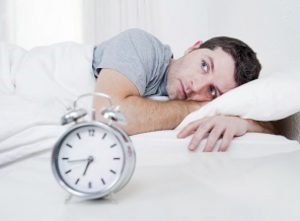 Maybe you were up late working. Or binge watching a show. Or scrolling incessantly through your social media feeds. Or maybe you just couldn’t sleep, getting two, three hours in at the most.

You know what that next morning is like. You lose your car keys. You forget that 3pm appointment you made a few weeks ago. You have trouble focusing on your work or other responsibilities.

We all experience the foggy-brained stupor of a terrible night of sleep once in a while. But research suggests it may be more than just an annoyance. It could be an indication of what’s to come if you don’t take sleep a little more seriously.

A lot of importance maintenance goes on while we sleep, in body and brain alike. One important task: clearing away metabolic waste and other toxins accumulated during the day.

This happens via your glymphatic system, which works in conjunction with the blood-brain barrier to expel that waste. It kicks into gear during sleep. If we’re not sleeping, it remains dormant, and we’re left with neurotoxins and proteins from the previous day. Of special concern are β-amyloid proteins. Their accumulation is a key feature of Alzheimer’s Disease.

More, as you age, your glymphatic system becomes less efficient and sleep can be harder to come by. These factors may raise your risk of cognitive decline.

Investigation of β-amyloid build-up in the brain suggests just how critical sleep is. For one 2018 study, patients were subjected to one night of normal sleep and one night of sleep deprivation. Brain scans were taken after each night. The research team found

that one night of sleep deprivation, relative to baseline, resulted in a significant increase in Aβ burden in the right hippocampus and thalamus. These increases were associated with mood worsening following sleep deprivation, but were not related to the genetic risk (APOE genotype) for Alzheimer’s disease.

“In short,” notes one commentary on this study, “sleep deprivation suppresses glymphatic activity, and this leads to poorer clearance of molecules in the interstium of the brain.”

It’s also important to realize that it’s not just the hours of sleep that count but the quality of those hours.

You need that deep sleep to give your body enough opportunity to do what it needs to protect against disease and dysfunction. If your sleep is poor quality, even 7 or 8 hours won’t be enough to do this important work.

So, enough with the bad news. What can you do to sleep more and better?

One effective therapy is acupuncture. According to one review of the scientific literature, acupuncture alone has been shown to be “superior to medications regarding the number of patients, with total sleep duration increased for >3 hours.

An extra three hours of uninterrupted sleep? We’ll take that.

The study also found that herbs and acupuncture together were “significantly better” for supporting sleep than herbs alone. Acupuncture plus medication improved sleep duration more than drugs alone.

Another avenue to explore, particularly if you’re older, starts with getting your hormones checked. Women can start to see a decline in progesterone as early as their 30s. Men’s testosterone levels begin to fall in the 40s. Either of these can contribute to poor sleep and restless nights.

Bioidentical hormone replacement therapy (BHRT) can help restore the hormone levels needed for good sleep. One study of 200 postmenopausal women with moderate to severe vasomotor, mood, and other quality-of-life symptoms found that BHRT led to a 53% improvement in relation to sleep disturbances. 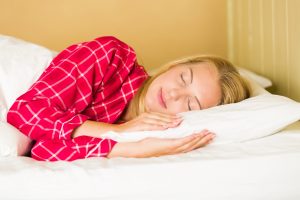 There are also simple things you can do to support a good night’s sleep, such as limiting screen time in the hour before you go to bed. (Ideally, you should keep devices out of your bedroom completely.) Instead, take a relaxing soak in the tub or enjoy a “sleepy tea.” Valerian, chamomile, and lemongrass are common and effective botanicals for bringing on sleep. A bit of essential lavender oil at your temples can also be quite relaxing.

If your insomnia is ongoing, though, It’s best to speak with an integrative physician. That way, you can identify and treat the cause rather than endlessly chase after mere symptom relief.

Related
Why 7 Sleeping Hours Matter So Much

Skimping on Sleep? Shortchanging Your Health