It wasn’t so long ago most folks believed that growing old meant slowing down, becoming more sedentary.

These days, lots of us are sedentary from childhood onward – even if the demands of life keep us from slowing down as much as we need to.

Movement. Rest. Rejuvenation and regeneration. That’s the natural cycle we were born to follow. Our bodies and minds reap the consequences of not respecting our physical, mental, and spiritual needs. 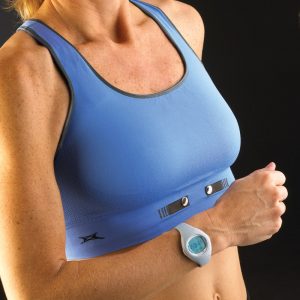 The first, just published in Neurology, investigated the relationship between cardiovascular fitness and dementia. Nearly 200 middle-aged women participated, starting with an exercise test in 1968. Each participant pedaled a stationary bike until they were exhausted.

The researchers then tracked the women’s health for 44 years. By the end, only 5% of those with the highest cardiovascular fitness had developed dementia. That rate jumped to 32% among the least fit and 25% among the moderately fit women.

And what about those who couldn’t complete the fitness test at all? Forty-five percent eventually developed dementia.

Though this study doesn’t establish a cause-effect relationship, it does again raise the question of why fitness should make such a difference.

It could be that improved fitness has a protective effect by reducing various cardiac risk factors, such as lowering blood pressure, creating a healthier body weight and producing a better lipid profile, [lead author Helena] Horder told Live Science. Emerging evidence also suggests that cardiovascular fitness may directly affect structures in the brain, by increasing blood flow to them, she noted.

Indeed, as we’ve noted before, aerobic activity enhances circulation. Better circulation means more oxygen to the brain. Oxygen is critical for brain health, as well as overall health and well-being.

Even more intriguing, perhaps, are a pair of studies just published in Aging Cell, which considered the impact of exercise upon aging in general.

In this case, researchers recruited 125 healthy amateur cyclists between the ages of 55 and 79. The men had to be able to cycle 100 km in under 6 and a half hours; the women, 60 km in 5 and a half hours. They underwent a series of lab tests, and their results were compared to a group of healthy but far more sedentary adults, age 57 to 80.

The study showed that loss of muscle mass and strength did not occur in those who exercise regularly. The cyclists also did not increase their body fat or cholesterol levels with age and the men’s testosterone levels also remained high, suggesting that they may have avoided most of the male menopause.

More surprisingly, the study also revealed that the benefits of exercise extend beyond muscle as the cyclists also had an immune system that did not seem to have aged either.

Now, if you’re among those more inclined to sit than move, such research doesn’t mean you’re doomed. It’s certainly possible to improve your fitness in your fifties, sixties, seventies – even eighties. It all starts with setting a goal, however modest it may be at the start.

Then talk with your doctor. Let him or her know what you want to achieve and ask them to advise you on any limitations that may affect what kind of exercise is safe for you.

The next step? Plan your activity. Will you join a gym or just take up walking to start, then gradually move to more intense activity? You may find it worthwhile to invest in a personal trainer who can help you develop a regimen that’s appropriate to both your current fitness level and goals. As you become more active, you can consult with them periodically to adjust your routine so you continue to make progress toward your goals.

And if budget’s an issue, know there are plenty of creative ways to exercise for little or no monetary cost.

You’ll find some more tips for getting “Fit after 40” here.