Is the HCG Diet for Rapid Weight Loss Really All That? 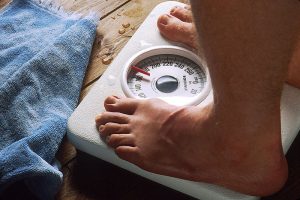 Whether you’re looking to lose weight for health or appearance, one tool worth considering is the HCG diet.

It’s not new by any means, having been developed in the early 1950s by Dr. ATW Simeons, who published the theory behind it in The Lancet in 1954. So you may have heard something of it before – spurring weight loss through the combination of a very low calorie diet and daily injections of human chorionic gonadotropin, or HCG for short.

HCG is a hormone produced in the placenta during pregnancy. It’s crucial for maintaining the production of other hormones essential to fetal development.

In this way hCG acts as a key that unlocks access to energy in otherwise abnormal fat stores and therefore provides additional energy to a growing fetus; or, in the case of an hCG dieter, allows the individual to access and burn their abnormal fat. The diet works by having the body run on this now accessible energy (anywhere from 1400-7000 calories per day) wherein it is burning off what is otherwise stagnant and persistent body fat while simultaneously preserving normal and structural fat as well as muscle.

Yet critics of the diet say that there’s really no difference in weight loss compared to placebo, drawing on research conducted in the 1970s and 80s. Yet lately, more physicians have been taking a second look.

There is a difference between how a body loses weight by simple calorie restriction and by restriction paired with injections of HCG. Using a higher, customized dosage than originally proposed by Dr. Simeons, for instance, clinician Dr. Sheri L. Emma has found that

Why does that matter? During a fast, dramatic loss of pounds with crash dieting, there is a high amount of muscle that is lost. Because muscle is heavy, this loss looks good on the scale because the pounds are dropping quickly. When you lose muscle, it’s bad for your body, shape, and metabolism. The metabolism slows so much that dieter regains weight quickly, often regaining all the weight that was lost and then some.

Her research bears this out. In a clinical trial involving four randomized, double-blinded, placebo-controlled studies, both the HCG and placebo groups lost about the same amount of weight – an average of 13 pounds per month in the HCG group and 15 pounds in placebo.

But in the placebo group, 5 of those pounds consisted of muscle. In the HCG group, muscle loss was limited to an average of 2 pounds. That’s significant.

It’s important to note though that these results came about with injectable HCG. While various HCG products are readily available in pill, powder, and liquid form, they dissolve before reaching the bloodstream. Consequently, they’re not nearly so effective as injectable HCG.

Here in our West LA office, we’ve observed the same. We’ve seen magnificent results for our patients who come from Beverly Hills, West Hollywood, Santa Monica, and plenty of points both between and beyond for the individualized integrative treatment that Dr. Joe specializes in.

HCG should only be used under the care of a physician using nutritional guidelines specific to the individual.

While it’s in no way a substitute for healthy living and smart choices when it comes to diet, exercise, and lifestyle, the HCG diet can promote rapid weight loss and be an excellent boost toward reaching your health goals. As such, it remains an important tool in anti-aging longevity medicine.