Even Moving a Little Can Help a Lot 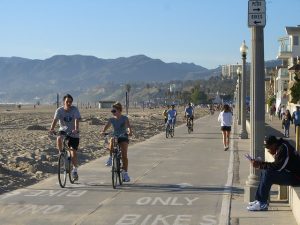 If your goal is to stay as youthful as possible into your later years, keeping physically active is critical. And as a new study in the British Medical Journal reminds, every little bit of movement helps.

The study analyzed data from 8 previous studies involving more than 36,000 adults whose physical activity was monitored with tracking devices. More, the researchers asked the authors of those studies to reanalyze their data so results from all the studies would harmonize. They also collected data on patient body mass, general health, smoking history, and other variables, as well as their deaths.

The researchers then categorized the participants into four groups, ranging from inactive to extremely active, and then compared activity levels with the death data.

As you’d expect, the most active were also the most likely to still be alive. In fact, their risk of premature death was about 60% lower than for the least active participants.

But the risk also went down significantly for those in the next to least active group – people who got at least an hour of movement into their day, even if it was just through light activities such as household chores or gardening.

As the New York Times reported,

Over all, the researchers found, someone’s chances of dying prematurely continued to drop the more he or she moved, up to a plateau at about 25 minutes per day of moderate exercise, such as brisk walking, or 300 minutes a day of light, gentle activity. Beyond that point, people did not gain additional longevity benefits, although their risks of premature death did not rise either.

The relationship between moving more and living longer remained strong even when the researchers controlled for body mass, smoking, diets and other factors and excluded data from anyone who had died during the first two years of the follow-up period, since they might have been inactive because of an underlying illness.

Of course, if you’ve been in a sedentary groove for quite a while, it can be a challenge to get up and get moving. We tend to be creatures of habit, after all. But habits can be changed. Small steps are fine. Consistency is the thing.

Recently, we came across this terrific video offering some sensible tips for making physical activity part of your routine:

Even if you don’t start with full on exercise, there are lots of little things you can do throughout the day to spend less time sitting, more time moving. This tip sheet from the American Council on Exercise (ACE) may give you some ideas; likewise, this list from the American Heart Association.

Once you get moving – and feeling the difference it makes – chances are you won’t want to stop.