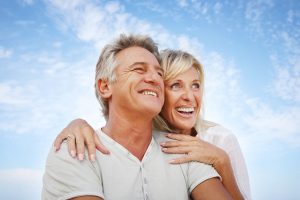 Some titles say it all – like the one on an article from the US Census Bureau announcing their report on our country’s shifting demographics. It’s title? “The Graying of America: More Older Adults than Kids by 2035.”

Even so, Americans of all ages are seeking ways to both look and feel younger. Heck, even Teen Vogue occasionally offers anti-aging advice to its youthful audience!

For many, younger-looking skin is often the place to start, with increasing options for achieving it without injections or surgery. One that you may not have heard much about yet is peptide therapy.

Peptides are short amino acid chains. When applied as creams, nasal sprays, oral tablets, or under the skin, they signal other cells and molecules, telling them what to do. They also have the unique ability to affect several different traits simultaneously such as improved growth hormone production as well as sexual vitality.

For instance, growth hormone secretagogues are unique peptides which stimulate the pituitary gland’s production of growth hormone. This helps increase lean muscle mass and decrease body fat. It also noticeably improves libido and sexual function for many men and women.

Other anti-aging peptides can be used to prevent inflammation, loss of brain function, and accelerated aging while improving mental clarity and cognitive function.

In one 2016 study, for instance, 20 healthy women with aged skin were recruited to apply eye and face creams that contained peptides, vitamin E, and milk thistle twice a day for four weeks.

By the end of the second week, researchers noted a 5.97% reduction in wrinkles. By four weeks, the reduction had grown to 14.07%.

Skin brightness also increased, while redness decreased. No ill effects on the skin were observed.

While this is a small study, to be sure, a more recent survey of the literature found consistent results, while also noting that much more research remains to be done.

Selected peptides have excellent nontoxicity and stability records. Many of the studies shown in this review, and a variety of additional observations, clearly show the wide range of possible topical cosmetic applications of biologically active peptides, for improving the skin and its properties.

As the world of peptide therapy expands, so too does the possibility for vibrant health into one’s later years. And as mentioned, contributing to healthy, youthful skin is hardly the limit to what peptides can do!

In our West LA/Hollywood office, we include a wide range of anti-aging peptides among the array of services we offer to help our patients stay more youthful-looking and maintain vitality into their senior years.

We know that finding ways to naturally support the bodies’ healing systems is important. That’s why our office is devoted to finding the newest therapies to help our patients achieve longevity the natural way.